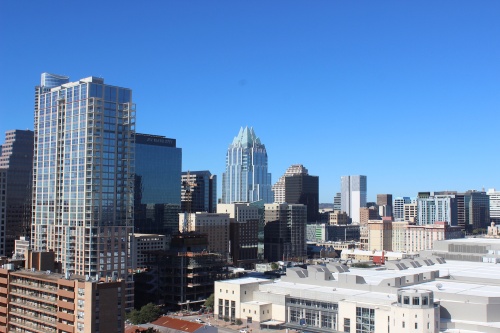 Should voters have a say whether the city gives away public land for sports or entertainment venues? Should voters have the power to approve or deny a convention center expansion that costs more than $20 million? Should the city fundamentally change how it spends hotel occupancy tax revenue?

Austin voters will get to answer these questions Nov. 5 after a pair of citizen petitions forced City Council on Aug. 8 to call a referendum and place the issues on this fall’s ballot.

The referendums mark the third and fourth citizen-initiated ordinances to make it on the local ballots in the last two elections. Last year’s versions asked voters whether they should have the power to approve comprehensive revisions to the land development code—a consequence of the divisive CodeNEXT project—and whether the city should hire a third-party firm to conduct a forensic audit of city expenses.

Voters rejected both measures. As Community Impact Newspaper previously reported, Austin has the weakest threshold for citizen-initiated ordinances to force a vote of any major Texas city. State law mandates citizens have the right to initiate an ordinance by petition. In Austin, petitioners only need 20,000 signatures or 3% of the current electorate to get a proposal in front of City Council.

City Council has the option to adopt the proposal as written in the petition, or call a referendum to let the voters decide. With the mayor and a number of council members coming out against the 2019 petitions, they chose to leave both questions to an election.

The question of giving public land away for the use of sports or entertainment uses followed the saga of Austin City Council’s hotly contested decision to give up the city-owned McKalla Place tract for the construction of the 20,000-seat Austin FC Major League Soccer stadium—the city’s first major professional sports arena.

The group Friends of McKalla Place submitted a petition with roughly 28,000 signatures to the city clerk Jan. 3. City Clerk Jannette Goodall validated the petition that met the signature threshold Feb. 11.

The questions around the Austin Convention Center expansion and hotel tax revenue allocation came in the wake of Austin City Council’s decision to explore a $1.3 billion expansion process, financed mainly through hotel tax revenue. Aside from voters having a say on expansions that exceed $20 million, the proposal asks voters whether Austin should spend fewer hotel tax revenue dollars on the convention center and more on marketing tourism throughout Austin.