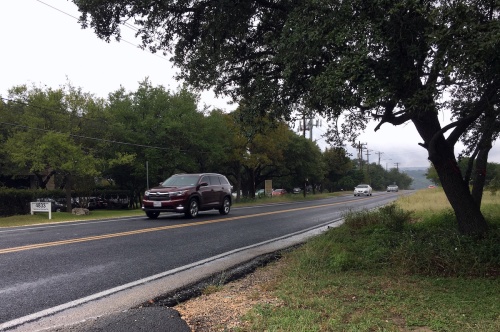 The city of Austin has a $17 million budget for improvements on Spicewood Springs Road as part of the 2016 Mobility Bond.

The roadway is receiving $17 million from the city’s 2016 Mobility Bond to design and construct safety and mobility improvements on Spicewood Springs between Loop 360 and west of Mesa Drive where the roadway narrows from four lanes to two lanes.

The project is at the end of the preliminary engineering phase, and the city is seeking public input to help it choose from among three alternatives to design and build.

Design will take one to three years and includes a large window in case any issues come up, said Emily Tuttle, senior public information specialist with the Austin Transportation Department. Construction could begin in 2021 and will wrap up before 2024.


“We feel pretty confident that all three options will be achievable in the existing right of way,” Tuttle said.

With all three options as well as the no-build option, the afternoon westbound peak commute is not expected to improve or remain the same. Tuttle said this is because currently the traffic signal at Loop 360 causes gaps in the congestion while vehicles wait for the light.

The Texas Department of Transportation is also designing improvements to nine intersections on Loop 360, including at Spicewood Springs Road, to create grade separation by adding either overpasses or underpasses.

“It will be a continuous flow of traffic,” Tuttle said of the absence of a traffic signal.

About 80 residents attended the Wednesday open house meeting to ask staffers questions and provide their input. The city is also collecting feedback online through Sept. 14 at www.austintexas.gov/spicewoodspringsrd.

Tuttle said the feedback will help staffers determine which of the three options to pursue in the design phase. A decision on the alternative could be made in October, she said.