9 transportation projects in Northwest Austin to know in August 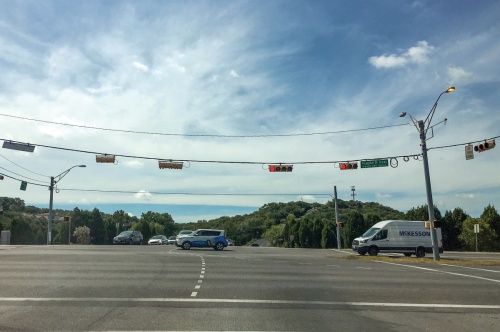 The city of Austin is helping to pay for upgrades at four intersections along Loop 360, including at Spicewood Springs Road. 1. Fieldwork underway on Burnet Road, North Lamar Boulevard
Work to gather more information to design improvements began on
Burnet Road in late July and on North Lamar Boulevard in late June. The information-gathering step is part of the Corridor Construction Program. Crews are conducting topographic, boundary and tree surveys, and the activities will continue through the summer.

The city is also hosting an open house for Burnet Road improvements Sept. 6 from 5-8 p.m. at 2140 Allandale Road. 2. RM 620 repaving
After facing weather delays, the Texas Department of Transportation began repaving RM 620 on July 15. Work is underway on both sections: from the Mansfield Dam to RM 2222 and from Anderson Mill Road to SH 45 N at US 183. Drivers can expect alternating lane closures from 8 p.m.-5 a.m. Sunday through Thursday. Work will be completed overnight. 4. Northern Walnut Creek Trail
Now that trees have been cleared and excavation is complete, crews are building the retaining walls for the switchback on the hill near MoPac. 5. Spicewood Springs Road upgrades
The city will host a public meeting Aug. 29 from 6-8 p.m. at the Westover Hills Church of Christ to update residents on proposed improvements for the two-lane roadway from Mesa Drive to Loop 360.

After the meeting the Austin Transportation Department will use public input to make a recommendation on which alternative to pursue for the design of the project. Comments may be submitted online Aug. 30-Sept. 14 at
www.austintexas.gov/spicewoodspringsrd. 6. Loop 360 intersections
TxDOT will upgrade nine intersections along Loop 360, including four that are receiving $46 million from the city of Austin: Westlake Drive, Courtyard Drive, Lakewood Drive and Spicewood Springs Road/Bluffstone Lane. The goal is to remove the signalized intersections and add either an overpass or underpass at each intersection. 9. New low-water crossing bridge
Travis County is seeking requests for proposals for a project to replace a low-water crossing on Spicewood Springs Road with a new bridge. Design of the project began in the spring and is scheduled to be finished this fall.