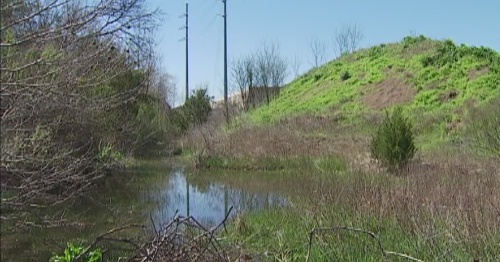 McKalla Place off Burnet Road near The Domain is one location Precourt Sports Ventures is considering for a new stadium for a Major League Soccer club.

How the proposed Major League Soccer stadium would affect North Austin neighborhoods and roads is a top issue for area residents.

Precourt Sports Ventures approached Austin in 2017 about relocating the Columbus Crew team to Austin and building a stadium on city-owned land.

City staffers are in the midst of preparing a report for City Council due June 1 that analyzes the McKalla site for a potential soccer stadium, whether it is the best use for the site—affordable housing had been considered—and whether MLS is a good fit for Austin.

Representatives from the city of Austin hosted a meeting Tuesday evening for residents in the North Austin Civic Association, which includes homes east of the proposed stadium site at 10414 McKalla Place off Burnet Road, Austin.

“It has viable use but the question is it the highest and best use given the context surrounding it?” said Greg Kiloh, redevelopment project manager for the city’s economic development department.

The 24-acre site is city-owned and previously was a chemical plant. The city acquired the land in 1995 to build a service center for the public works department. The site has been remediated and is suitable for residential development, Kiloh said.

Several residents had questions regarding the city’s transportation plans, especially given the proposed redevelopment of the IBM Broadmoor Campus north on Burnet and two apartment complexes under construction adjacent to the site and a third mixed-use development proposed by Capella Commercial.

When Precourt officially submits a proposal to the city for a stadium, it would likely trigger a traffic impact analysis that would outline what Precourt would need to do to mitigate traffic, Kiloh said.

Precourt attorney Richard Suttle said Precourt would do “elaborate” traffic studies to ensure people would not have to park in neighborhoods. One idea that has been floated is potentially using the parking garages at The Domain and shuttling attendees to the McKalla site, he said.

“[The stadium] would be a complement to the area because it would [generate] off-peak traffic,” Suttle said.

But that raised concerns for NACA resident Martha Dyess.

“If they have interest in using the Domain’s parking, we do not want people crossing Burnet,” she said.

North Austin resident Zenen Jaimes Perez, who grew up in the area and played with the North Austin Soccer Alliance, said he wants to ensure that the city gathers input from the diverse communities surrounding North Lamar Boulevard.

“This is very exciting. I know that a lot of my friends and family and community members very much see this as an asset, but when I speak to them they are not necessarily aware of what’s going on,” he said.

The city is hosting two more events for residents to learn more about the project May 8 at 6 and 7 p.m. at the Northwest Recreation Center, 2913 Northland Drive, Austin. More information will be posted online.