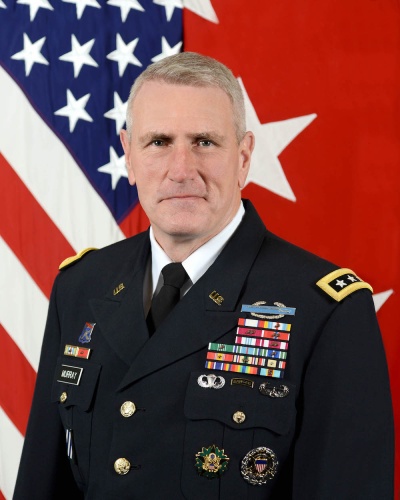 Lt. Gen. John M. Murray was confirmed as the commander of the Army Futures Command, headquartered in Austin.

Just ahead of the official activation ceremony to open the U.S. Army Futures Command on Aug. 24 in Austin, the U.S. Senate has confirmed the general who will lead the command.

Lt. Gen. John M. Murray, formerly Deputy Chief of Staff for programs in Washington, was confirmed as the commander by the Senate on Monday.

Murray is an Kenton, Ohio, native who, according to the Association of the United States Army, began his military career as an Infantry officer upon graduation from Ohio State University in 1982 and has served in various leadership positions at the highest levels of the Army.

On July 13, the U.S. Army announced Austin as the home of its new Army Futures Command, which will be tasked with leading the Army’s modernization effort.

The new command will be headquartered at the University of Texas System building, located at 210 W. Seventh St., Austin.

“In a world with rapidly evolving threats distinct from others we’ve faced throughout our nation’s history, the Futures Command could not come at a more pivotal time,” Cornyn said.