Lawrence Spradley was sworn in to New Braunfels City Council during the May 24 meeting. (Lauren Canterberry/Community Impact Newspaper)

The New Braunfels City Council welcomed a new member and appointed a new mayor pro tem during its May 24 meeting.

Newcomer Lawrence Spradley joined the council as representative for District 4, replacing former council member Matthew Hoyt, who did not run for re-election. 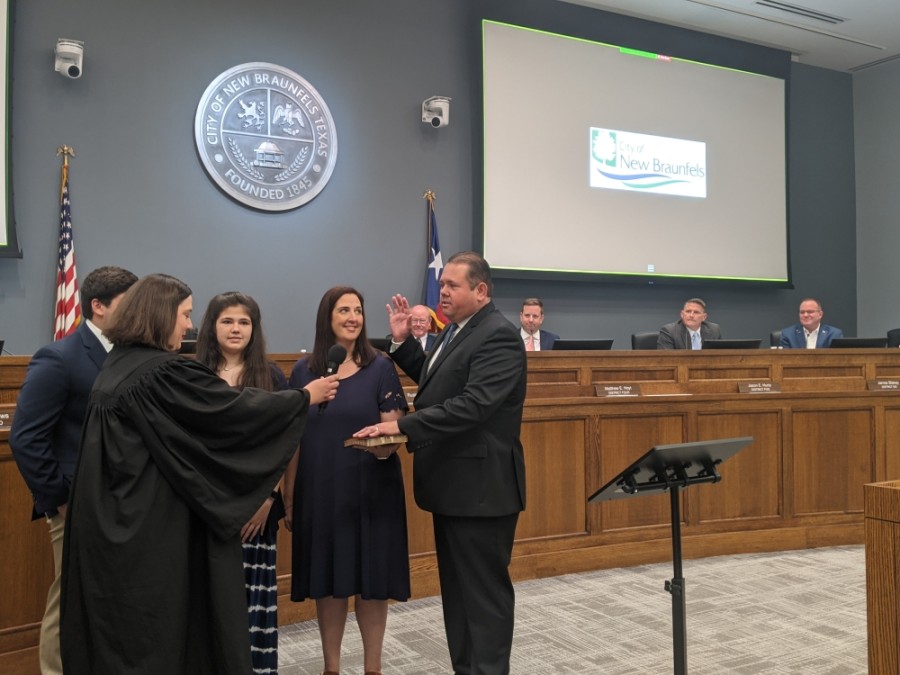 The board also swore in Harry Bowers for his second term representing District 3.

After swearing in the new and returning members, the council elected Justin Meadows to remain the mayor pro tem and adopted an ordinance to incorporate 18 city charter amendments that were previously approved by voters.

The charter amendments changed City Council terms, clarified the mayor's role during an emergency or disaster, and required the city manager to provide City Council with a five-year financial forecast and capital improvement plan.