All-abilities park equipment is included in the city's bond proposal. Election Day will take place May 4.

On May 4, citizens will vote on a $120 million bond package that, if passed, will fund projects in four areas of city life.

If passed, streets would receive a bulk of the bond funding totaling $44.51 million. An additional $8 million will be contributed to streets projects from roadway impact fees.

“Streets will always be a priority,” Aday said, adding that citizens have communicated their No. 1 priority as streets in multiple city surveys.

The next proposition on the bond addresses parks projects, including the stabilization of the Comal Cemetery wall—an initiative Mayor Barron Casteel calls a “must have” because if the wall collapses the bodies that are buried nearby could spill into the river.

As City Council worked to bring the bond price tag down to $120 million, four parks initiatives were nixed from a list of 21 priority initiatives identified by a bond advisory committee.

In December, city Capital Programs Manager Jennifer Cain, told Community Impact Newspaper the projects may be included in a future bond initiative or receive funding from other sources.

A long-awaited parks project that will receive funding if the bond passes is an all-abilities park. City Council approved a master plan for a park—named Callen’s Castle All Abilities Park—in 2015 that features special equipment to allow children and adults to play together, regardless of their abilities.

Although a piece of property on FM 1044 near Old Marion Road in New Braunfels was originally designated for the $4 million project, City Council opted to go a different direction based on community input. The bond would instead allocate $500,000 to incorporate all-abilities equipment into an existing park, City Manager Robert Camareno said.

The construction of the first phase of a planned sports field complex at FM 1044 and Klein Road is also part of the parks bond proposition totaling $25.78 million. The New Braunfels Economic Development Corp. has also pledged $15 million for the project.

The city says more than $50 million is also needed for three new public safety facilities. If the bond prevails, fire stations Nos. 2 and 3 would be replaced, and a new police department would be constructed near the new Comal County Jail on Water Lane.

Throughout the bond process, advocates for a new library voiced their cause, and the May bond asks voters for $5.53 million to support it. The new library branch would be housed in an expansion of the Westside Community Center at 2932 S. I-35, New Braunfels.

“We have a real fine library, and to keep up with the growth we really need to have two more branches,” New Braunfels resident Margaret Koranek said. “The central library is just overwhelmed with use and we also need to have branches that are more accessible to people who live in other areas of town.”

Additionally, City Council passed a motion Jan. 28 that allowed Camareno to move forward with searching for approximately 5 acres of property to serve as the location of a future southeast library branch. However, this initiative is not part of the bond package.

“We didn’t put things on this bond that weren’t priorities,” Casteel said. “They are all priorities, and we’re trying to move them forward.”


The impact on the tax rate

After a bond advisory committee worked for several months to determine which projects were most important for the city, council worked to chip away at projects. Its goal was to ask voters for a maximum of $120 million so that the tax rate would not be projected to increase.

Tax rate fluctuation is dependent on property tax values in the city, and according to Casteel, tax rates sometimes decrease. He said the tax rate is a little more than a penny less than it was in 2013 when the city called its last bond election.

Beyond the tax rate, Casteel said the city carefully chose projects to avoid taking on more endeavors than it has the capacity to manage.

“There are some people who would say you could do more; you could raise the tax rate,” Casteel said. “But I’m of the opinion that $120 million of investments is a lot of investments, and city staff wants to be successful with everything they do when it comes to taking those tax dollars and turning them into infrastructure projects within our
community.”

Randy Simbro, vice chairperson of the Libertarian Party of Comal County, said although he believes taxpayers support all of the projects, he will vote against all bond propositions.

While the tax rate is not projected to increase if the bond passes, Simbro said he would like to see lower property taxes.

“If the City Council can’t rein in spending and balance the budget, we will never see lower property taxes in this town,” he said. “It’s a total lie [when] they’re saying it’s not going to affect the tax rate. You’re borrowing money, and you have no idea how long it is going to take [to pay] that money back.”


A look at city bonds

With the exception of five streets and drainage projects that are underway, Camareno said the 2013 bond projects have been completed within budget. If the May bond election passes, he said it may take less than five years to check everything off the list depending on a variety of factors.

“What happens if the economy goes into a massive freefall?” Camareno said. “One thing is those projects potentially become cheaper, but revenue also starts to dry up.”

If the May bond passes, six years could pass before another bond package would be on the table.

“Based on some projections we’ve made, it’s about 2025 [that] we would be able to go back to the voters for a bond program,” Camareno said.

With the projects set, New Braunfels citizens will make the final call on the bond May 4.

Camareno said transparency is a priority stressed by City Council and pointed to many studies and initiatives involving a public input component, including the process that took place leading up to the finalization of the bond.

“So by putting [the projects] on a ballot for a yes or no, you are going to the public, and you’re seeking their approval,” Casteel said. “And so not only did we get them involved in the process to tell us what the priorities were, we [also] seek their approval at the ballot box, and it creates bond propositions that are clear priorities of your community, as opposed to something seven people [on City Council] may do.”

“They were sterling in the way they did it,” she said. “Nobody got everything they wanted. We wanted two branch libraries, and we just got one. They did lots of thinking about it and studies. They managed to come up with a bond that probably is going to be tax-neutral.”

If the bond does not pass, Casteel said the city will not be able to fund the projects on the ballot for 36 months.

“Whether you’re for it or against it, or you don’t like debt, you have the right to vote, and that to me is something by far that should be celebrated.” Casteel said.

More information is available at www.nbtexas.org/bond2019.
SHARE THIS STORY 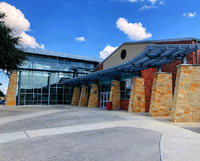 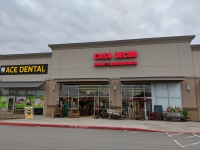 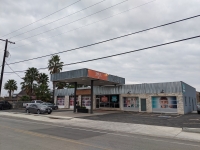 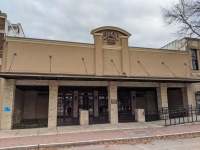 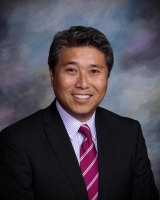 Districtwide security updates to be completed in Spring 2020

The upgrades are part of the NBISD 2018 bond program.

Development could take up to 20 years to complete

A technician will check that children and seats are situated correctly. 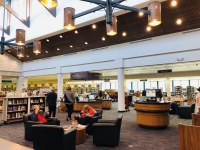 The New Braunfels Public Library is going fine-free in February.

Krause’s Cafe will be accepting donations until Feb. 14 to help provide funds to bring Salimat, a three-year-old girl from Uganda, to the United States to receive heart surgery through the nonprofit HeartGift.