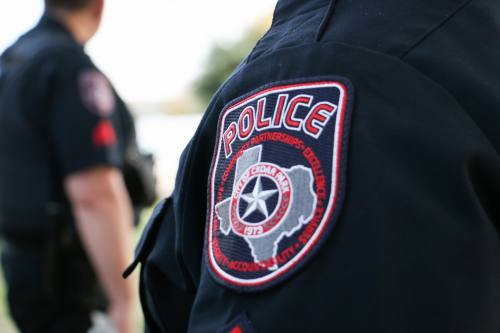 Cedar Park City Council heard a review of its police department Thursday that highlighted several things the department does well as well as what can be improved.

The independent firm hired to review Cedar Park’s police department presented its findings to the City Council on Thursday, which included recommendations to conduct a staffing analysis, improve supervision and provide more training for those in the criminal investigations division.

Council members had requested a review of police policies and procedures in August 2017 after several residents spoke before the council to request the firing of a police sergeant and the department’s police chief. The residents had spoken in support of Greg Kelley, who, according to court records, was convicted in 2014 of aggravated sex abuse.

At the time, many of the speakers requested the firing of Cedar Park Police Chief Sean Mannix and Sgt. Chris Dailey, who they said did not properly investigate the case.

In October 2017, the City Council hired Hillard Heintze, a Chicago-based investigations consulting firm, to conduct the independent review. In January, council members expanded the review to include assessing the entire patrol division.

During Thursday’s meeting, Robert Davis, the senior vice president for law enforcement consulting with Hillard Heintze, highlighted what the Cedar Park Police Department is doing well, areas for improvement and the firm’s recommendations for the department. Davis is a former police chief with the San Jose Police Department and assessed the department with Michael Dirden, who previously served as the executive assistant chief of police with the Houston Police Department.

Davis said they investigated a random sampling of 45 cases of various sizes between 2012 and 2017. The process included talking with police officers, members of city government, community stakeholders and the prosecuting attorneys’ offices in Travis and Williamson counties. He said they reviewed the department’s policies, protocols and documents, and conducted site visits and ride-alongs.

“We wanted specifically to see how that process worked from the time that the reports were in the field, how they came to the investigating unit for investigation, what type of follow-up took place and how the interactions took place to present those cases to the [district attorney’s] office and prosecuting attorney’s office,” Davis said about the Criminal Investigations Division.

Davis said officers experience high morale and feel like there is a family atmosphere within the department. He said the officers reported having a connection to those living and working in Cedar Park, and that the department receives quality resources from the city.

“So as we begin to talk about what can improve or what’s not going well, at least myself and my colleague take great heart in the fact that we know that there’s a culture here that is going to embrace these recommendations and do something about it,” he said.

“[The CID sergeant] doesn’t have the time that we believe is necessary to take a look at these cases and make sure they’re thorough and complete before they go to the DA’s office for investigation,” he said.

Davis said they saw failings occur because of the volume of cases handled by the department. He said the criminal investigations division is made up of one sergeant and seven detectives who handle upward of 1,600 cases a year, so the detectives were each investigating 60-100 cases at a given time. When he previously worked as a sergeant handling financial crimes, Davis said he handled about 15-20 cases at a time.

He recommended the city conduct a staffing analysis to determine if more officers are needed or if a reallocation of current staff members would be effective. He also recommended more training, more daily supervision and documentation of the daily work done by the criminal investigations division, holding weekly meetings and creating an operating manual.

Davis also recommended the department become a “one-stop-shop” for specific types of crimes, such as victims of sexual assaults and family violence. He said the effort would allow victims to come to the department and speak to police, a prosecutor and a social services advocate under one roof instead of having to attend separate interviews.

Prior to presenting his report, Davis said he had spoken to members of the police department earlier that afternoon. He said they had been accepting of the criticisms, and afterward several approached him to express support and recognize that they needed to improve.

“Council members, that is not normal, so it speaks very well to the culture of the organization,” Davis said.

City Manager Brenda Eivens said it was encouraging to hear that police personnel felt a connection with the community and citizens, and she said the report provided the city with a strong map on actionable items to take to improve the department.

“The report really does have some very important findings and some very fundamental observations that we’re going to have to be able to address in operations and processes, and we will definitely, definitely do that,” Eivens said.

After Davis presented his report, Mannix said the feedback provided was constructive and instructive to the police department.

“My staff and I will develop plans of action for each one of the recommendations,” he said. “You will see swift work and swift implementation of many of those things.”