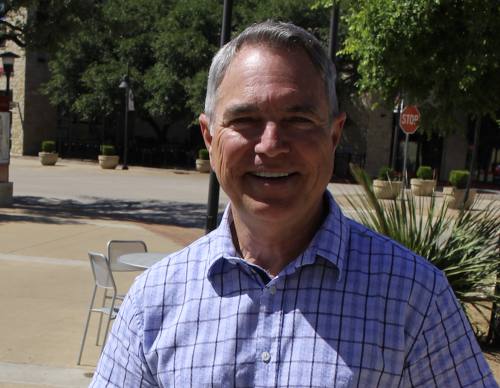 Bee Cave Mayor Monty Parker announced in mid-October he will not run for re-election in 2020. He will have served one term as mayor after being elected in May 2018.

So far, one candidate, Bee Cave City Council Member Kara King, has announced a run for the office—first, at a Bee Cave Chamber of Commerce event, and then via social media.

"After serving you for 6.5 years as a council member, I look forward to hopefully serving in this new capacity. Our city staff is exceptional and together, I hope to continue to make Bee Cave a wonderful place to live, work and play!" King said Oct. 23 via her Facebook page, "Kara King's Bee Cave Updates."

For his part, Parker said he has stated from the beginning his plan was to serve one term as mayor with the possibility of a second term, and added that shifts in plans in his professional and personal life have brought about some fast-moving changes.

"Although I’ve thoroughly enjoyed being Mayor, life changes [and] opportunities present themselves, and allowing flexibility to enter into future plans for the right reasons causes you to take a different path forward," Parker said. "I have a big consulting engagement that I will soon be participating in, as well as Charlotte [Parker's wife] and I relocating a little further south to be more centrally located to kids and grandkids in the San Antonio/Austin area."

The city of Bee Cave is in great shape thanks to a number of factors, Parker said, including the fact that a new city manager, Clint Garza, who was hired last summer, and city staff, overall, are all performing at the top of their game.

Because new trails have been completed; a long-running lawsuit has been settled with the developers of an entertainment district to be located near the Hill Country Galleria, called The Backyard; the city's finances are strong and its tax rate is low, the timing to step down probably could not be better, Parker said.

Parker took the time while on vacation over the weekend of Oct. 24 to answer some questions via a text conversation with Community Impact Newspaper.

Talk about your experience so far as mayor as well as your other leadership roles in Bee Cave and the western Travis County area.

I never imagined being a mayor. It has been a very unique, challenging and rewarding experience. Being semiretired, I have been able to get involved in so many public events, meet so many citizens, participate in countless meetings with policy-makers, developers, citizens and others, and had the opportunity to offer my perspectives and advice based on years of professional experiences. I will forever appreciate voters allowing me to hold this important leadership position.

What direction do you see Bee Cave heading in terms of its identity as a city, including economy and commerce, culture, law enforcement and infrastructure?

I think we already have a strong identity as a fiscally conservative city that has helped provide a great environment for our citizens to enjoy, as well as a tax rate and general fund surplus that are the envy of other cities. Our police department is top-notch—trusted, admired and appreciated by our citizens. Regarding infrastructure, we have few opportunities beyond what we already have on our thoroughfare plan, with the exception of a new thoroughfare being discussed that could connect Hamilton Pool Road to the new Village [at Spanish Oaks] project, but we need more citizens to become involved in letting [the Texas Department of Transportation] know what they want regarding the four state highways that flow the overwhelming majority of our traffic.

Kara King has said she is running for mayor in 2020. Are there any other candidates you think would be good as your successor?

I won’t discount anyone else being qualified to run for office, but I know, without any doubt whatsoever, that Kara is not only qualified but dedicated and thoroughly knowledgeable about our city’s issues and goals. I also feel she is a proponent of the new atmosphere and direction our city has embraced during my term, which I feel will allow even more improvement in the future. The City will be fortunate to have Kara as its next Mayor.