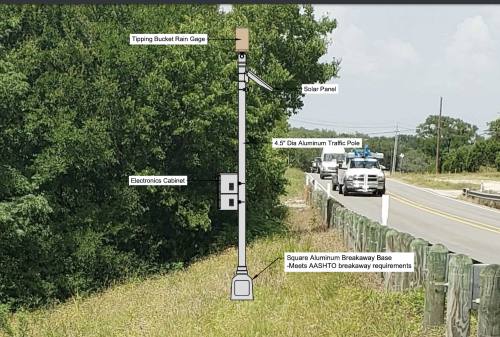 Bee Cave City Council approved a resolution during its Sept. 10 meeting that will allow for the construction of a stream/rain gauge system on Little Barton Creek.

Bee Cave City Council approved a multiple-use agreement with the Texas Department of Transportation that is the first step toward construction of flood-warning equipment along one of the city’s more flood-prone roadways.

Council approved a resolution during its Sept. 10 meeting that, if a permit is given by TxDOT, will allow for the construction of a stream/rain gauge system on Little Barton Creek, specifically located within TxDOT’s right of way of Hamilton Pool Road, according to city documents.

The flood station is a pressure transducer linked to a monitoring station that will utilize a solar panel for electrical demand needs and will require little or no maintenance, and a similar system is now under construction along Little Barton Creek at Great Divide Drive, according to city information.

The gauges will be visible on the websites of the United States Geological Survey, Lower Colorado River Authority and ATX Floods, and they will be the first publicly visible stream gauges along Little Barton Creek, according to a city document.

City information states the facility will be scheduled for construction once the agreement with TxDOT is finalized, but that timeline is still undetermined.