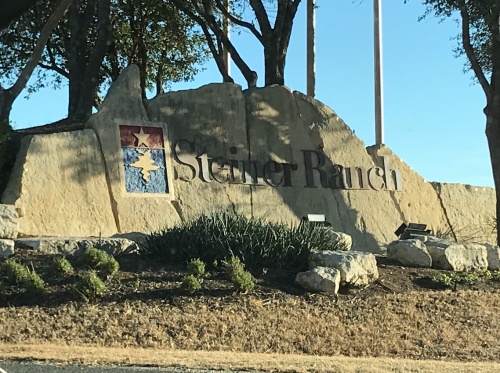 A workshop held at Concordia University’s Incubator for Innovation and Impact and led by Jimmy Flannigan, District 6 Austin City Council member, provided an opportunity for residents to weigh in on quality-of-life issues from mobility and safety to health and affordability.

Four Points—which has a population of 37,490, according to a presentation Flannigan gave at the meeting—has its own set of challenges. “It starts in many ways with the intersection of RM 620 and RM 2222," he told Community Impact Newspaper.

“Because of the road network and the [geographic] separateness of Leander ISD, [it stands alone]. And it’s also different because of the weird annexation,” Flannigan said.

Four Points is comprised of hilly neighborhoods such as Steiner Ranch that lie only partly in the city of Austin’s jurisdiction. Other communities include Comanche Trail and areas of Lake Travis up to Twin Creeks and east to Spicewood at Balcones Village. River Place was the most recent community to be wholly annexed by the city of Austin in December.

“My [immediate] community itself is pretty walkable, but I have lived in cities like Vancouver, Canada, and know what a city can be, accessing a coffee shop or public areas and its walkability,” she said.

For small business owners like Daniel Marker, who runs School in the Hills Montessori with his wife Alicia, the most important issue is retaining workers, some of whom live far away because of the cost of housing in Four Points.

“We have seen our hourly wages go up a dollar and a half in the past few years [to retain workers] in Four Points. The traffic and cost of living out here have just become big factors,” he said.

Flannigan said the Four Points area is in a political vacuum because of its location within Austin’s District 6.

“District 6 is the reddest part of Travis County [in a more liberal-minded Austin] and the bluest part of Williamson County [which voted conservatively in recent elections], so residents are often ignored by the [various levels of] leadership,” he said.

The next steps for the Four Points Task Force include forming committees in areas of interest, learning which government jurisdiction is responsible for fixing regulations or infrastructure and what funding systems are in place.

“This area is the one with the most complicated annexations and overlays. What’s frustrating for the community is yelling at the city about [problems] when the city can’t [doesn’t have the jurisdiction to] fix everything. Some of these things just aren’t our job,” Flannigan said.

As an example, RM 620 and RM 2222 are state roadways managed by the Texas Department of Transportation.

Flannigan said he is also excited to spread the word of what works to other communities.

“I can use the resources [as a full-time council member with four staff members] and show a better way to do work for the community and then export those ideas to neighboring communities, then we all win,” he said.

People living or working in Four Points who want to get involved in the community task force can contact the West Austin Chamber of Commerce which is having a second task force meeting the evening of Jan. 24 at the Holiday Inn Express & Suites Austin NW - Four Points 8300 N. RM 620 Building 1. Call the Chamber at 512-551-0390 or contact Council Member Flannigan’s office at 512-978-2106.
SHARE THIS STORY