contribute today
The Four Points Task Force is being formed to determine ways the city of Austin can address matters in the community, including traffic, safety and business concerns.

“Our goal is to align issues specific to the Four Points community to those identified by the city of Austin and to address them in a mutually beneficially way,” said Morgan Briscoe, president of the West Austin Chamber of Commerce.

“I came up with this idea that instead of me trying to individually decide what this community’s priorities were, that we would form a task force to have a robust conversation of all of the issues facing the Four Points area,” Flannigan said, “Then figuring out systematically how we can get those addressed.”

The chamber is currently accepting nominations for task force members, due Sept. 30 at 5 p.m. Interested residents can find details on the West Austin Chamber of Commerce website: www.westaustinchamber.org/fptaskforce.
SHARE THIS STORY 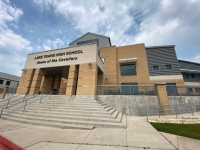