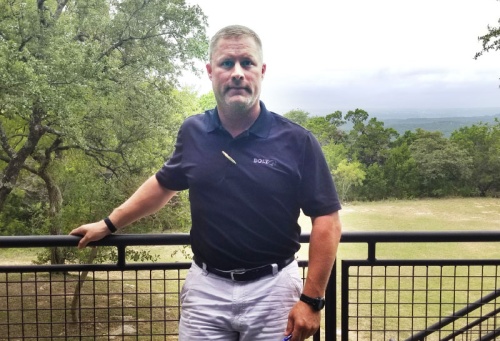 Reid provides courtesy snake-catching services to his fellow residents in the Westlake and Lake Travis communities when asked.

Working as an insurance broker in Austin, Rodney Reid never expected his childhood hobby of snake wrangling would make him a superhero in the Westlake and Lake Travis communities.

“I grew up in a rural area with a bunch of snakes,” Reid said. “I was used to them being around. My brothers and I would constantly go out and help neighbors that had infestations or trouble with snakes.”

After living in Austin for 19 years, he was able to put his childhood skill to good use when, three years ago a neighbor asked if he could remove a rattlesnake from her yard.

“I stopped what I was doing and got the rattlesnake,” Reid said. “It took about 10 minutes. I bagged it up and then I took it out into the country and let it go. The next thing you know, that neighbor told a few other people and my phone rang again.”

As of Sept. 26 this year, Reid said he had safely captured and released 149 snakes. Rattlesnakes, corals and copperheads are the most common snakes he catches. He said he has seen a cottonmouth this year as well.

Even though Reid tries to be as safe as possible when hunting for snakes, he said he had been on the wrong end of a snake “dry bite,” or a snakebite that did not release venom.

“I’m an insurance broker,” Reid said. “For a guy like me, [catching snakes] might be considered a little bit of fun. It does scare me to death every time I walk up to a snake, but for the most part, once I’ve got a snake under control and stowed, I feel good and glad to help out.”

Despite the risks, he said he is happy to give back to the community.

“People ask me if this is what I do for a living,” he said. “The snake wrangling thing was as far out of my mind as possible. It started out as a favor because I wanted to give back to a community that has been so cool to me and generous to me. I decided about six months into it that I would put some real effort and energy into it, and it’s really helped out the community.”

Reid is one of the several snake wranglers on the Travis County snake control list. He can be reached at 512-554-6407.

Copperhead: reddish-brown cross bands on a lighter colored body; found in rocky areas and wooded bottomlands; can be found along streams in the spring

Rattlesnake: light gray with brown oval blotches along the back; found through the middle of Texas in grasslands and swamps

Coral Snake: distinctive pattern of broad black, yellow and red rings, with the red always bordered by the yellow; found in the southeastern half of Texas in woodlands and canyons