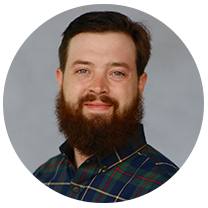 Several years had passed since anybody heard the bell toll at the historic Williamson County Courthouse in Georgetown, but on Nov. 7, it rang once again.

The Williamson County Commissioners Court approved a resolution supporting Operation Green Light for Veterans on Nov. 3, lighting the courthouse dome on Main Street green for a week. Coinciding with the initiative, meant to highlight and show support for veterans, the county had its 111-year-old clock and bell repaired.

“This is the heart of this building,” County Architect Trenton Jacobs said.

Built in 1910 and opened in 1911, the fifth courthouse of Williamson County was constructed after the Commissioners Court and voters approved $100,000 in bonds to pay for the project. Over its lifespan, it has gone through renovations, repairs and routine maintenance, still serving as a focal point for Georgetown’s Town Square.

The E. Howard Clock Co. in Boston provided the clock faces located in the dome of the courthouse. From the time it opened in 1911 until 1940, the clock was fully mechanical. Every three days, county staff would climb a series of ladders to wind it, but it kept perfect time, Building Systems Engineer Daniel Shea said.

“It’s not pseudoscience, either,” he said. “It is an exact science.”

The timekeeper was electrified in 1940. On the hour, a cable connecting the clock to the bell on the courthouse roof was triggered, prompting a hammer to strike the metal and reverberate. Gears in a century-old clock can only last so long, though, and several years ago, the bell stopped ringing.

“Teeth scraping against each other for 100 years will take off a 16th of an inch, and that will throw the whole mechanism off,” Jacobs said.

The county contracted with the Southwest Museum of Clocks and Watches in Lockhart to do temporary repairs to keep the clock functional. More permanent repairs will be made soon, Shea said. The county will have spent about $1,350 on the repairs once a new part is installed, Public Affairs Manager Connie Odom said.

The building has undergone interior and exterior alterations, but the county has worked to restore and maintain much of the original design’s characteristics. The doors, for instance, have been refinished, but are preserved in their authentic state.

In a more expansive renovation, the 26th District Courtroom was restored to its 1910 form—a two-story courtroom and balcony. In this courtroom, Williamson County District Attorney Dan Moody tried members of the Ku Klux Klan in 1924, resulting in jail time. The four convictions are believed to be the first successful prosecutions against members of the Klan.

The courthouse framework—a calculated layout designed before the use of air conditioning—also still stands.

“Having this central rotunda with a dome, the hot air would come in and rise and go out the other windows. So it could pull from whichever direction the wind is blowing,” Jacobs said.

The courthouse’s four identical sides represent equal access for the public, Jacobs said. In the middle of the rotunda floor, the star points a few degrees off from true north. Jacobs said he found one of the star’s legs points to the Texas Capitol building.

“Architects, especially in the olden days, would come up with secret and coded things to put into the buildings that would be there forever,” he said.

With an increase in the number of visitors and events held at the Square, the county is undertaking a sod rejuvenation project on the courthouse lawn.

Keeping up with the courthouse

Buildings more than a century old, such as the Williamson County Courthouse, require constant maintenance and repair. County officials have signed off on additions and repairs over the years.

1921: Awnings are added to the building’s west side.

1928: Floodlights are added to the roof to light the courthouse dome.

1937: The entrance to the north basement is built by Belford Lumber Co.

1944: Handrails are added to all outside steps.

1978: The ceiling in the commissioners courtroom is lowered.

1981: Central air and heating is installed.

2022: The courthouse clock and bell are repaired.