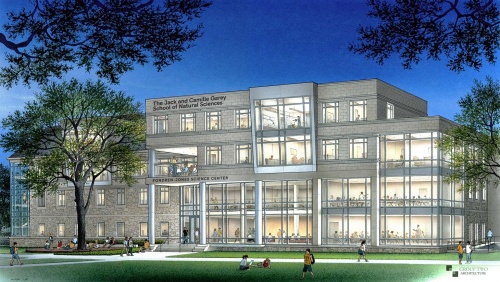 Jack Garey's $15 million donation to Southwestern University will fund an endowment to create the Jack and Camille Garey School of Natural Sciences out of the university's existing natural sciences program.

Jack Garey—who along with his late wife, Camille Garey, gave a 525-acre ranch and $5 million to the city of Georgetown for the development of Garey Park—has donated $15 million to Southwestern University, which is the largest, single private gift the university has received in its 178-year-long history.

Southwestern University President Edward Burger announced the donation this week and said in a statement: “This unprecedented and transformative gift, which has been fully allocated to the university’s endowment, will build upon our reputation as a world-class institution that is transforming higher education and as a national leader in high-impact learning and intellectual growth.”

The money from Jack Garey, a retired lawyer and businessman who is a life trustee at Southwestern, will fund an endowment to create the Jack and Camille Garey School of Natural Sciences out of the university's existing natural sciences program, according to Southwestern. It will be the third named school at the private university in Georgetown, joining the Brown College of Arts and Sciences and the Fayez Sarofim School of Fine Arts.

Southwestern will also use the money to support need-based financial aid; five endowed chairs in natural sciences; eight annual sabbatical semesters for tenured faculty members; and underwriting for educational experiences for 32 “Garey Scholars” in their sophomore and junior years of study at the university.

Southwestern will host an event celebrating the donation at the start of its fall 2018 semester, according to the university.

Jack Garey served for 12 years on Southwestern’s board of trustees and was appointed in 2017 as the university’s second life trustee. Camille Garey, who died in 2012, also served as a trustee at Southwestern.
SHARE THIS STORY