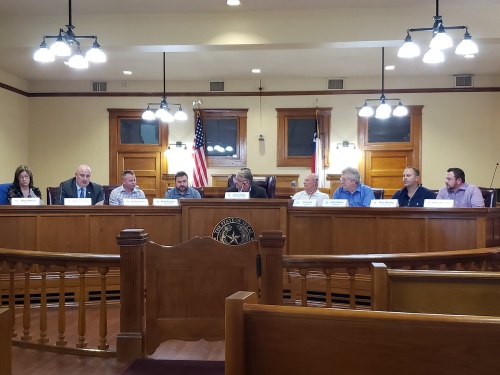 The Williamson County Citizens Bond Committee met for the first time on March 21.

The Williamson County Commissioners Court allocated the remaining 2013 road bond money and established a committee to look into potentially calling a roads and parks bond in November during its March meetings.

Commissioners allocated $29 million toward road projects during a special workshop within the March 5 meeting.

The $29 million budget includes the remaining balance from the voter-approved $275 million road bond from 2013, which included 60 projects the county promised to complete. With those projects and others completed or in the works, $23 million remains to be allotted to other projects.

The additional $6 million in funding comes from the Long Range Transportation Plan funding in the approved Williamson County budget, according to county spokesperson Connie Odom.

Williamson County Commissioners have taken the first steps toward a potential bond election in the fall.

Commissioners formed a citizen’s bond committee at a meeting March 5 to review if the county needs bond funds for county roads and parks. The committee must report back to Commissioners Court with specific needs no later than July 4. The commissioners will then decide whether to hold a bond election in November.

Andrea Richardson, executive director of Bluebonnet Trails, and Monica Ochoa, chief executive of the Behavioral Health Institute, informed the court March 19 of strides the partnership has made in light of owing at least $62,500 in fines since 2016 and facing a whistleblower lawsuit from a former employee.

NCVRW is commemorated across the U.S. to celebrate the progress made by those who have suffered from violent crime and to look to the future of crime victim services. The week raises awareness of victims’ rights and services, highlights local programs, celebrates progress achieved and honors victims.