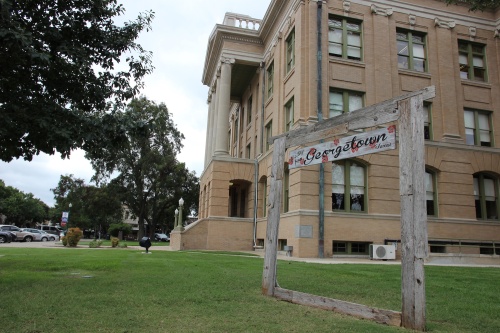 Andrea Richardson, executive director of Bluebonnet Trails Community Services, and Monica Ochoa, chief executive of Georgetown Behavioral Health Institute, informed the court March 19 of strides the partnership has made in light of owing at least $62,500 in fines since 2016 and facing a whistleblower lawsuit from a former employee.

Ochoa said hospital has paid $62,500 in fines from 2016. The hospital was initially fined $170,000 but negotiated to a lower amount, she said. GBHI still owes additional money for 2017 and 2018 penalties. Ochoa said she could not give the exact amounts and reasons for the violations due to pending legal issues, but said GBHI is in the process of negotiating the initial charges down to lower amounts.

The Texas Health and Human Service Commission, Bluebonnet Trails and Williamson County contribute to the funding of the facility. As of 2019, Williamson County has invested $500,000 in beds at GBHI, Richardson said.

About 63 percent of the patients who arrive at the institute live in Williamson County. While the institute may help patients from other areas, the remaining patients are in the county at the time they are seeking help and not transferred into the county from neighboring county hospitals, Precinct 2 Commissioner Cynthia Long said.

In addition, about 50 percent of the patients are emergency room referrals. The Bluebonnet Trails crisis team refers 27 percent, the data shows.

Most patients stay three to four days, and after treatment, 74 percent of patients are discharged to their homes, which is the facility's goal, Richardson said.

Ochoa said the hospital faces many challenges that come with caring for the most acute patients in the county while being underfunded. To address this, Ochoa said the county will have to consider additional partnerships.

“As the development comes and the census grows, the need for psychiatric beds is going to be even more important,” she said.