What was Williamson County’s role at T. Don Hutto? 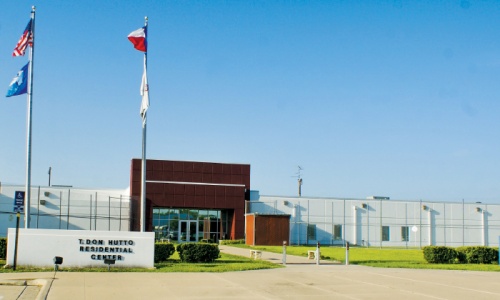 Williamson County’s relationship with the T. Don Hutto Residential Center in Taylor will end in early 2019, but officials doubt the change will have a noticeable effect on day-to-day county business.

County commissioners voted 4-1 on June 26 to end a contract with U.S. Immigration and Customs Enforcement and CoreCivic Inc., the private prison operator previously known as Corrections Corp. of America that runs the facility. The contract’s termination is effective Jan. 31, 2019.

The county’s role with the facility involved administering money transfers between CoreCivic and the federal government, according to the contract.

The T. Don Hutto center is a former medium-security prison that now holds women who are suspected by U.S. immigration officials of being in the country illegally. Some of the women held at the facility were separated from their children when they were detained by federal officers.

Precinct 3 Commissioner Valerie Covey, who represents an area of the county that includes Georgetown, was the only commissioner to vote against the ending of the contract. Covey, County Judge Dan Gattis and ICE officials declined interview requests.

Precinct 1 Commissioner Terry Cook said the county’s role as an intermediary allowed federal officials to avoid seeking bids and undergoing reviews for other potential partnerships, which would be the case if ICE contracted directly with the prison company.

“Let me be clear: I’ve always believed that the women at T. Don Hutto should not be there. They are fleeing horrific living conditions,” Cook said about her vote to end the contract. “This [decision] does not solve that larger immigration issue, but it does allow us in the county to go back and focus on core county functions.”

For the county’s involvement, CoreCivic paid $1 per detainee per day to cover administration fees for duties handled by the county’s auditor’s office, First Assistant County Auditor Julie Kiley said. Payments from CoreCivic went into the county’s general fund, and no new positions were created to handle the additional work, Kiley added.

CoreCivic also paid the county $8,000 a month to cover overtime costs for regular inspections of the center by the Williamson County Sheriff’s Office.

Kiley said ending the T. Don Hutto contract would have little effect on the county’s general fund as annual revenue from the center accounted for .001 percent of the total general fund.

“This [decision] does not solve that larger immigration issue, but it does allow us in the county to go back and focus on core county functions.” Precinct 1 Commissioner Terry Cook, on her vote to end the county's contract

Precinct 2 Commissioner Cynthia Long said the January date to officially end the contract was selected after county officials were told by ICE officials they would need until early 2019 to seek new partners and to allow for a smooth transition. Long said if ICE decides to work directly with CoreCivic, it would be unlikely that employees at the center and county residents would see much of a difference.

Long said her vote to end the contract had nothing to do with the national political climate, but she felt it was the appropriate time for the county to back out of the contract.

“For me, a large portion of my job [as commissioner] is to budget and manage county finance,” Long said. “Immigration is not a county core function so it made sense. ... I support strong borders and do not support illegal immigration. It was a contractual issue, and I weighed the risks associated with that.”

Ending the contract does not mean the facility will close.

Amanda Gilchrist, CoreCivic’s director of public affairs, said in an email: “Our focus at the T. Don Hutto Residential Center remains on continuing to meet our partner’s needs while maintaining our standing in the community as a good corporate citizen and employer.”

More than 150 people demonstrated at the county courthouse June 26 before commissioners voted to end the county’s contract.

“It’s a huge win for the Central Texas community,” said Cristina Parker, communication director for the Grassroots Leadership advocacy group that has pushed to close the detention center. “It shows the power of when people show up locally.”
SHARE THIS STORY