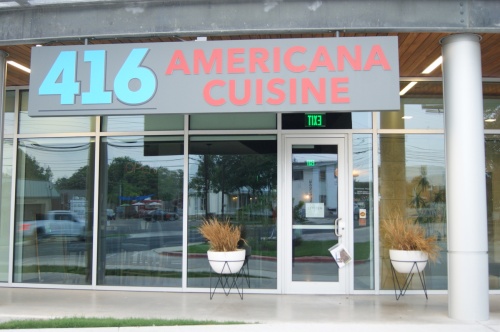 Vegetarian restaurant Citizen Eatery is set to open at the former 416 Bar and Grill on Burnet Road.

Updated Oct. 5: Citizen Eatery will open at the end of October, according to a news release.

The restaurant will also offer a full bar, including a selection of local beers on tap, a full wine list, and signature cocktails made with cold-pressed organic juices, botanical blends, and Kombucha.

Moyer said the restaurant will specialize in veggie burgers and will use bold flavors on all of its menu items. Ingredients will be local and organic, with many vegan dishes and some paleo dishes offered.

The restaurant will also have a full bar, and breakfast will be served all day.  Restaurant hours will be 8 a.m.-9 p.m. Sunday through Thursday. and 8 a.m.-10 p.m. Friday through Saturday.

“What we’re serving, what we’re bringing out of the kitchen, is good for you,” Moyer said.

Fresa’s Chicken Al Carbon opened Aug. 18 at 1703 S. First St., Austin. This is the second location for Fresa’s, which opened its first location at 915 N. Lamar Blvd. in 2012. The South First Street location is a full-service restaurant with a bar and new menu items, including quesadillas. 512-992-2946. www.fresaschicken.com