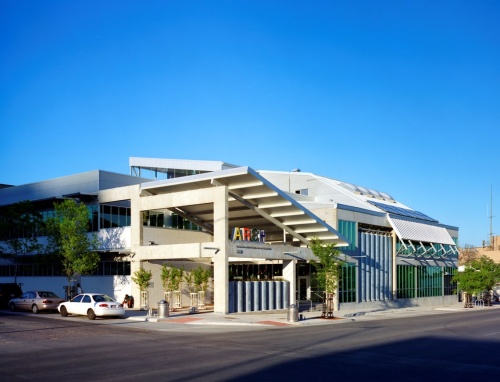 The Austin Resource Center for the Homeless is the lone city-operated homeless shelter. n

Austin’s homeless population to start off 2019 was roughly 5 percent greater than last year, according to a count conducted earlier this year, increasing the already urgent need for a community-coordinated effort to address the issue.

City leaders have shifted the strategy against homelessness, prioritizing a housing-first approach and relying more on case management. Along with transitioning the Austin Resource Center for the Homeless—the downtown city-owned homeless shelter—away from an emergency shelter, City Council committed to opening a new, city-owned shelter by the end of September, the first in 15 years.

However, some voices in the homeless community say emergency shelters such as the ARCH do little to fix the issue. Leonard Walker, who has experienced homelessness in Austin since June, said he would rather walk around the city all night than sleep in the ARCH or other shelter options, which he said, in his experience, are often dirty and riddled with drug use and violence.

“I don’t want to be anywhere near that stuff, so if it takes me sleeping on the streets every night to not go through that, I will,” Walker said. “I just want to be put in a place where I’m safe, my stuff is going to be safe and I don’t have to hurt anyone because they’re trying to hurt me.”

Thom Woodward has been homeless in Austin since 2010 and writes for The Challenger, a newspaper whose mission is to uplift and give a voice to the city’s underrepresented people. He agreed with Walker about the existing infrastructure and said housing is the key.

“Putting people in housing really changes an entire composition of a person,” Woodward said. “I’ve seen a person on the street, experiencing homelessness, using drugs, not eating properly, not sleeping properly. I’ve seen that type of individual be housed, and in six months you see them and you have to do a double take.”

City policymakers have acknowledged the need for more permanent housing options for those trying to exit homelessness. In an attempt to boost supply, Austin City Council in late February supported a resolution to loosen land-use rules to make it easier for developers to build deeply affordable and subsidized housing throughout Austin and specifically highlighted permanent supportive housing.

Woodward said he believes the city is making a “good-faith effort” to understand homelessness.

The lack of housing and shelter capacity for the growing homeless population has residual impact. Homeless encampments have multiplied, and in some cases, in high-risk areas along flood plains and stormwater drainage pipes. Ramesh Swaminathan, a managing engineer with Austin’s Watershed Protection Department, said the encampments result from dissatisfaction, similar to Walker and Woodward, over the city’s shelter options.

Swaminathan is leading a new effort to clear encampments that pose the highest risk to the occupants or the environment. The program, funded through fiscal year 2018-19 budget funds, requires homeless individuals at an encampment to receive at least a 72-hour notice prior to clean up, and to make an effort to connect those individuals to case management and ideally supportive housing.

One of the most visible consequences of low shelter and housing capacity is the uptick in panhandling. Mobile Loaves and Fishes CEO Alan Graham plans to kick off a new program by the end of summer to give would-be panhandlers carts and backpacks of ice cream and water to sell to people downtown. Graham said occupational licensing regulation has made it nearly impossible for homeless individuals to earn a living.

“The only remaining bastion of entrepreneurialism is the First Amendment right to beg,” he said.

A recent audit of Austin’s homelessness work lauded Austin’s effort but criticized the city for its coordination and lack of success metrics, such as the rate at which people were exiting or returning to homelessness.

City Council is preparing to hire what Austin Mayor Steve Adler referred to as a “homelessness czar” to oversee and improve the city’s strategy.

Amid the critiques, Walker, who grew up in Round Rock, said he still “loves Austin,” and will continue to live, and plans to find a home, here.
SHARE THIS STORY