Sherry Golden was named the new director of the Williamson County Veterans Services Department, according to June 13 news release.

Golden has worked for the department since December 2013 and has been a certified and accredited assistant county veteran service officer since April 2017, the release said. Golden also completed a national course of instruction in Veterans’ Benefits provided by the National Association of County Veterans Service Officers, it said.

“My heart in Veterans Services has stemmed from the wonderful service that my father received from the County Veteran Service Officer from Bonham, Texas," Golden said in the release. "Her service to him was extremely important and helpful to him and our family."

“When the opportunity arose for me to be a part of helping other Veterans, I immediately knew where I needed to be,” she said in the release. “It is an honor and a privilege to assist Veterans and their families as the County Service Officer, just as that county veteran services assisted mine.”
SHARE THIS STORY 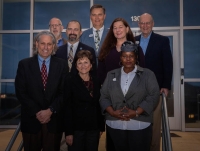 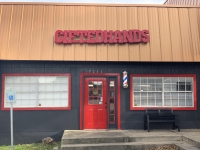