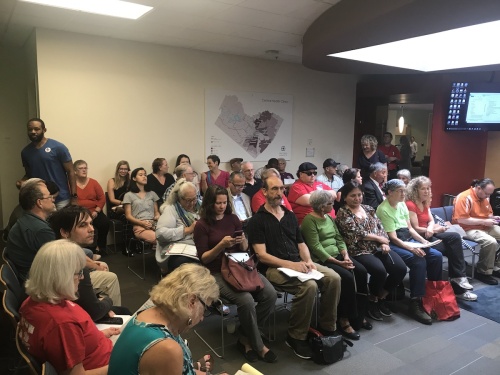 After a contentious fiscal year 2018-19 budget process, the Central Health board of managers voted Sept. 22 to reverse its previous proposal to shutter Sendero Health Plans due to financial challenges.

Part of the reason Sendero, which covers 24,000 Travis County residents through the Affordable Care Act, has been financially burdened is because its patient population is relatively healthy, according to Central Health.

A federal program known as the Affordable Care Act Risk Adjustment Program requires that ACA plans with the healthiest members must pay funds back to the federal government to be redistributed to health plans with the least healthy members. In the past, Sendero has been required to make these payments, straining its financial operations.

Central Health runs a program that is operated separately from Sendero Health Plans called the Medical Access Plan, or MAP. MAP is not a insurance plan, but it allows Travis County residents with incomes 100 percent below the federal poverty level or lower to receive limited health care services without paying any health care premiums.

If enough MAP patients with high health needs join Sendero Health Plans, it may tip the scale in favor of the plan receiving payments from the risk adjustment program rather than giving them away, according to Central Health.


The strategy in motion

Members of Central Health's eligibility staff have contacted about 40 out of 350 specifically identified patients with high health needs. Most of these people receive care through the MAP program, and a smaller number of them receive care on a sliding scale fee program that is similar to MAP, Central Health Vice President of Communications Ted Burton said.

These 350 patients are being offered the option to move to a newly formed health plan through Sendero called Central Health Premium Assistance IdealCare, or CHAP IdealCare. It is reserved for high health-need patients who are deemed eligible based on factors such as income level.
The eligibility staff members are in the process of setting up consultations between patients who have expressed interest in moving to CHAP IdealCare plans and Sendero representatives, to determine if their doctors are in network and if the plan suits their medical needs, the release stated.

“The people they have been able to contact, when they’re able to get through, have shown interest in setting up appointments and talking about it,” Burton said.

MAP patients would continue to receive care under CHAP IdealCare plans without paying premiums, and patients on a sliding fee scale would not see their payments increase, Burton said.

Ultimately the decision is in these patients’ hands, he said, and staff members are instructed to act with patients’ best interests in mind.

MAP patients and those on a sliding fee scale can only switch to CHAP IdealCare plans during the federal open enrollment period, which takes place Nov. 1-Dec. 15.

Central Health will not know if Sendero will receive funds from the risk adjustment program until several months after open enrollment ends, Burton said.

Central Health's FY 2018-19 budget includes enough funds to operate CHAP IdealCare for one year. If it is not successful and does not receive continued funding in the next budget, these patients will be able to switch back to sliding fee scale or MAP plans, according to the release.