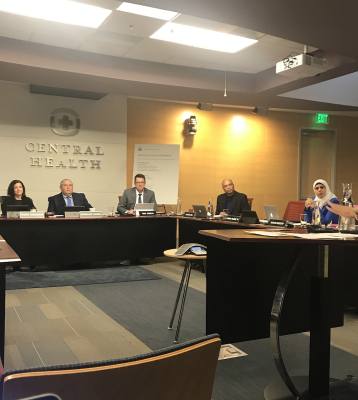 Central Health Board of Managers approved a $26 million increase in funding for Sendero Health Plans Jan. 24.

The Central Health Board of Managers voted to approve an additional $26 million in funding for Sendero Health Plans during a Jan. 24 meeting.

Sendero Health Plans is a nonprofit health maintenance organization created by Central Health in 2011 to serve as a health care insurance option for people with low income in Travis County.

An increase in enrollment and services provided by the insurer, combined with an inadequate amount of support from the Affordable Care Act Risk Adjustment Program, led to Sendero Health Plans' need for increased funding, according a news release from Central Health following the vote.

The ACA Risk Adjustment Program is a federal program that compensates insurers whose members require more services. Without the additional $26 million in funding, Sendero Health Plans would not meet the financial standards set for all licensed insurers in Texas, according to the release.

Comparing 2016 to 2017, Sendero Health Plans enrollment increased by 50 percent to a total of 53,000 members, according to report from Central Health.

The increase in enrollment follows a trend identified by Central Health during the 2017 open enrollment period.

The amount of services offered to individuals under Sendero Health Plans also increased by 40 percent.
SHARE THIS STORY