The Zilker Park trailhead area for the Violet Crown and Barton Springs Greenbelt trails is in line for a makeover in the near future. (Ben Thompson/Community Impact Newspaper)

A new entryway to the 13-mile Violet Crown Trail could be coming next year near Barton Springs at Zilker Metropolitan Park.

The joint trailhead project, developed and funded by Austin's parks department, the Hill Country Conservancy and the Austin Parks Foundation, would establish a new entry feature and walkways around the Violet Crown and Barton Creek Greenbelt trails on Zilker's south side. A pavilion, observation deck and several hundred feet of new pathways around the meadow just southwest of William Barton and Columbus drives are also included in the proposal as well as a new rain garden to be added off Andrew Zilker Road to the north.

The project site plan cleared the Austin Planning Commission on Dec. 14, and official development could begin in 2022. D'Anne Williams, an Austin Parks and Recreation Department project manager, said the Hill Country Conservancy plans to open bidding for the project in the spring and hopes to see construction begin in the summer.

In addition to the new entryway to the trail's existing 13-mile run, planning is also continuing for the full Violet Crown Trail initiative that would see the trail extend over a total of 30 miles into northern Hays County. www.violetcrowntrail.com 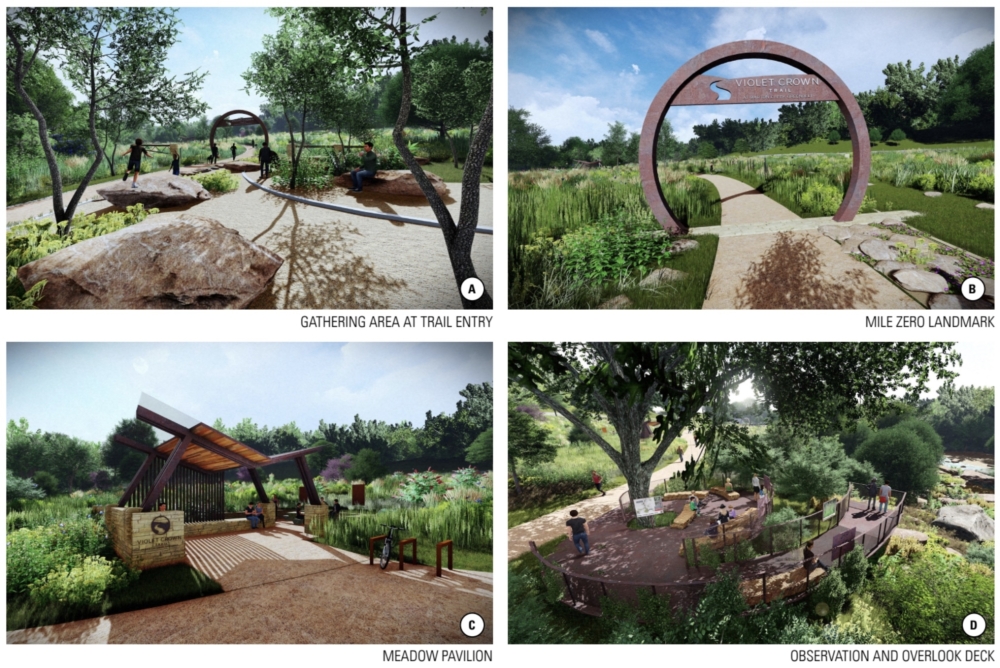