Austin parks a high priority in 2018 following years of deficit 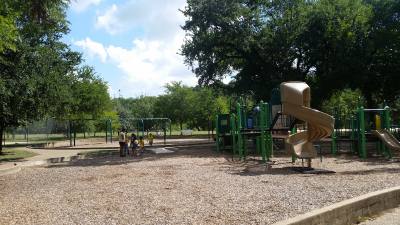 Austin leaders are considering floating a bond in 2018, in part to address green space and recreational facilities for the first time since 2012.

The more than 2,000 residents in the North Loop neighborhood would have no public green space within walking distance were it not for Bruning Green—an unclaimed, triangular patch of grass measuring just over a third of an acre, bordered by Bruning Avenue, 52nd Street and Evans Avenue.

North Loop resident Sebastian Wren said the neighborhood, pining for green space but receiving no help from the city, took it upon itself—with its own money and volunteer hours—to turn the grassy patch into a pocket park, complete with a sidewalk, trees, park benches and a butterfly garden.

With a dwindling parkland-per-capita ratio throughout the city, Austin leaders are considering floating a bond in 2018, in part to address green space and recreational facilities for the first time since 2012.

Although the area has grown over the past 20 years, North Loop remains one of several Central Austin areas on the Austin Parks and Recreation Department’s park deficiency list. The do-it-yourself Bruning Green persists as the only public green space in the neighborhood.

As the city continues its trend of unprecedented population growth, parkland has not kept up with the 24 park-acres per 1,000 residents ratio the city set as its standard a few years ago.

“In Austin we’re known for our parks, and we’ve historically had a fair amount of acreage per capita,” Hardemann said. “But as the city gets more dense, we’re not acquiring parkland at the same rate.”

The obstacles to parkland acquisition have grown as development swallows up land and property values skyrocket in the central core, said Randy Scott, the city of Austin’s park development coordinator.

“Our opportunities to acquire infill parks and fill certain gaps in our greenways are disappearing at a rapid pace,” Scott said. “The [lack] of available land is scary. In certain areas where we are park-deficient there are no opportunities of undeveloped land left.”

Scott said the competition for land has grown tighter as property demand increases and supply shrinks across the city. Because of a lack of funding for parkland acquisition, the city has been regularly outbid by private developers on potential properties, he said.

The most notable example, Scott said, was The Grove at Shoal Creek property. The city could not afford the state’s $27 million price tag for the land, he said. A private developer capitalized and has slated the 75-acre property for a mixed-use development.

Sensing a disadvantage, Austin City Council voted in 2016 to revamp its parkland dedication ordinance and placed tougher requirements on developers to provide parkland proportionate to their project if they were building in a park-deficient area.

“You end up buying almost two times the land you originally needed, and that cost gets put into the multifamily units and rents are higher as a result,” Whellan said. “What you end up with are small pocket parks scattered throughout the city with a parks department that is underfunded to maintain them.”

Whellan said he would rather see the city obtain more money to acquire parkland so private developers would not have to pay for the city’s park deficiencies.

Scott said Austin has an opportunity in the potential 2018 bond package to secure critical funding and make up some lost ground in parkland acquisition. Approving the bond will be up to Austin voters.

A volunteer group charged with vetting possible municipal bond projects, known as the Bond Advisory Task Force, has been working on a recommendation for City Council since early 2017.

“[Not buying parkland] hurt us when we were going through the population boom [through the 2000s],” Scott said. “We really missed an opportunity there.”

Scott said the city failed to capitalize on cheaper land prices at the time. In 1998, $40 million bought the city more than 2,000 acres of parkland. The parks and recreation department estimated that $50 million in 2018 would secure 830 acres.

Although Scott considers the 2018 bond critical, he said $50 million would only be “a drop in the bucket” for the city’s parkland needs. About $120 million in acquisition funding is needed to reach the goal of having a park within a quarter-mile walk for everyone in the urban core, and a half-mile walk for those in the suburbs. Scott said if the current challenges of growth continue, that goal is “several bond packages away.”

In North Loop, there is hope. Scott said the city has scoped out a few potential properties for purchase and conversion into parkland. However, prospective parks will depend on funding and landowners’ willingness to sell their property.
SHARE THIS STORY