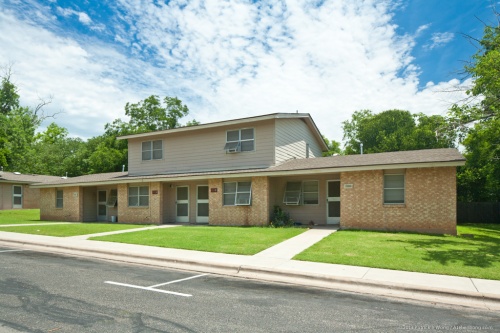 Goodrich Place is one of 18 affordable housing communities owned by the Housing Authority of Central Austin.

For the first time in four years, the Housing Authority of the City of Austin will accept online pre-applications for its Housing Choice Voucher program waitlist from Sep. 17-Sep. 24.

The program, which was previously known as the Section 8 waitlist, is highly oversubscribed.

The last time the HACA opened its waitlist, in 2014, it received nearly 20,000 applications, of which 2,500 were randomly chosen for placement on the waitlist.

"With the 2014 waitlist nearly exhausted, HACA will again use the lottery system to randomly select 2,000 applicants for placement on the waiting list," according to an Aug. 9 news release from the agency. "Everyone has the same chance of being chosen whether they apply on day one or day eight."

There is no eligibility screening as part of the pre-application process.

HACA's voucher program serves about 6,000 low-income households with rental assistance, capping the amount people pay for rent at 30-40 percent of their income.

The U.S. Department of Housing and Urban Development recommends that individuals spend no more than 30 percent of their total income on housing to avoid being cost-burdened.

More than a third of Travis County households are cost-burdened, according to the Community Advancement Network's 2018 Community Dashboard report.

The goal of the Housing Choice Voucher program is to support residents as they become self-sufficient and no longer require rental assistance.

The free application is available through HACA's website. Lottery winners will be announced "a little over a month" after the pre-application process closes, according to the release.