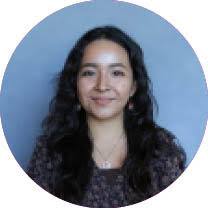 The Black Men’s Health Clinic, located at 6633 E. Hwy. 290, Austin, is a clinic for Black men and other men of color in Travis County, particularly for uninsured men, to receive physical, mental and career services.

Although the clinic opened in February, it will begin accepting patients this summer and fall.

In Travis County, Black and Hispanic men have the highest rates of morbidity and mortality, according to a 2020 report from the African American Youth Harvest Foundation. While the nonprofit clinic is still developing its services, founder Larimen Wallace and many supporters involved hope to build a relationship between Black men and health care through faith, medicine and trust.

“I want men to see this as a place of safety, of restoration and hope,” Wallace said.

Wallace is retired and was previously enterprise chief administrative officer for Central Health, the Travis County public health taxing entity that provides access to a network of clinics with services for low-income and uninsured residents.

The clinic’s partners include the Alliance for African American Health in Central Texas; the Texas Christian Recovery and Other Support Services, or TX CROSS; and The University of Texas School of Nursing, where a participant blood pressure study will be conducted.

“Being an African American, I could see the needs. I have friends, talked to people in the community, and in my professional experience, it was clear that we weren't reaching the men of color. And so the question was why,” Wallace said.

Medical mistrust, even in local health care, was Wallace’s answer.

In the last decade, Austin’s Black community, about 7% of the city’s population, has generally moved toward the northeastern part of the city, according to demographic landscape data from the Austin Housing and Planning Department.

As health services in Austin adjust to demographic changes, a major barrier for Black men still remains unaddressed: A historic medical mistrust has factored into Black men being at risk for various heart diseases and having the shortest lifespan of any demographic group, according to the Cleveland Clinic.

Lea Walker-Clark, founder of TX CROSS, a for-profit mental health service and a mental health provider for the clinic, said conversations about physical and mental health in barbershops, other people's homes and religious settings can help dispel medical misconceptions because they are trustworthy spaces for the Black community.

“People have to be driven here through portals of online and verbal conversations, business cards and leaflets. We are talking about a subject area that everybody doesn't eat like popcorn,” Walker-Clark said.

Yet the clinic faces a challenge: It needs to get the word out and create a safe space for men seeking help.

“It’s OK to go to the doctor. A lot of Black men won't go because they don't understand the terminology of hospitals and what doctors say,” said Kiounus Williams, who is a coach for A Better Me, a nutritional and lifestyle program from the Alliance for African American Health in Central Texas.

From a young age, Williams said he noticed many members of his family, particularly his male relatives, go through many medical hardships after neglecting their body or having limited health services.

Despite his family history, Williams said he believes positive change will occur in the clinic where Black men can receive low-cost health services and see practitioners who look like them and listen to them, building a trustworthy relationship.

“It's going to take a collective of people who are passionate along with people who have the power to make it happen,” Williams said. “I think a lot of the conversations aren't held because those who are passionate are afraid of backlash that may come or they're afraid of the responsibility that it takes to do it, but one person can get inspired by another person and it becomes a domino effect.”

Jennifer Castillo is a reporting fellow for a Community Impact Newspaper and The University of Texas at Austin partnership with a focus our growing and diverse neighborhoods. The project is supported by the School of Journalism and Media’s Dallas Morning News Innovation Endowment.

Jennifer Castillo is a reporting fellow for Community Impact and The University of Texas at Austin partnership with a focus our growing and diverse neighborhoods. The project is supported by the School of Journalism and Media’s Dallas Morning News Innovation Endowment.