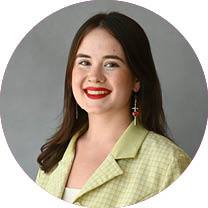 A potent neurotoxin was detected in algae from the Barking Springs section of Barton Creek on July 22 following the death of a dog that died after swimming in the area July 10. (Chloe Young/Community Impact Newspaper)

The Austin Watershed Protection Department said ingesting harmful algae was likely the cause of death of a dog that died after swimming in the area July 10 after toxic algae was detected July 22 in Barton Creek.

“The symptoms were consistent; the timing was consistent; and now that we know that there is this toxin there, it makes it more likely that, that is what happened,” said Stephanie Lott, Austin Watershed Protection Department public information specialist.

On July 11, the department took algae samples found near rocks at Barking Springs after a large adult dog with no known health issues died July 10 around an hour after swimming in that section of Barton Creek next to the Barton Springs Municipal Pool. On July 22, potent neurotoxin dihydroanatoxin A was detected in an algae sample from the area—the same toxin that killed five dogs after swimming in Lady Bird Lake in 2019.

As dihydroanatoxin A was detected in the algae and not the water at Barking Springs, contamination can only come from ingesting the algae, putting pets more at risk than humans. Pets may be exposed from drinking the water or ingesting or licking algae from their fur, according to the department.

The department is now recommending that people and pets avoid areas such as Barking Springs that are “known to have harmful algae." People should also not swim in the area due to high E. coli bacteria levels likely from the presence of many dogs, Lott said.

“If you do take your pets or go there yourself, avoid the algae mats; don’t drink the water; and rinse off afterwards,” Lott said.

With recording-breaking hot temperatures and a drought underway, conditions are ripe for harmful algae, according to the department. Warm water with low flow and high nutrient levels allow blue-green algae or cyanobacteria to produce toxins dangerous to the health of humans and pets.

While rapidly flowing water through the area makes Barking Springs a less likely host for a toxic bloom, the harmful algae was discovered “in pockets of still water outside of the main path of the water” where toxins are more likely to form, Lott said.

The department is warning that harmful algae may be found in any body of water at any time. Warm, stagnant, scum- or algae-filled water should be avoided as well as water where it has rained in the last three days or areas where many dogs are present, the department said.

People and pets should avoid drinking from natural bodies of water and contact with algae and should rinse off after swimming and not allow their dogs to lick their fur before.

“It is most effective in lakes or ponds. It would be washed away at Barking Springs or other creek settings,” Lott said. “Mainly, we would like people to be aware that harmful algae can be present at this location and other natural waterways, so they can make informed choices.”

Test results from “Barking Springs”: the sampled algae mats tested positive for Dihydroanatoxin-a, a potent neurotoxin. The water tested negative, which means as long as the toxins are only in the algae, exposure to the toxin would happen by handling or ingesting the algae. (1/2) pic.twitter.com/35kZN4i1Yy