​City Council is set to vote on a new climate plan that aims to speed up Austin's path to reaching net-zero greenhouse gas emissions and address the disproportionate effects climate change has on lower-income and minority communities, officials and planners said.

The proposed Austin Climate Equity Plan covers more than a dozen goals in service of emissions reductions over the coming decades and could be approved by council Sept. 30.

Building off Austin's 2015 Community Climate Plan, the new climate document calls for the city to reach net-zero carbon emissions by 2040—a full decade ahead of the target of 2050 set by council in 2014. The city defines net-zero emissions as the point when all local greenhouse gas emissions, such as those from fossil fuels, agriculture and landfills, are removed from the atmosphere through reductions, storage or carbon offset credits.

The plan's wide-ranging goals are connected by several approaches: expanding green jobs and community environmental programs, collaborating with other local cities and counties, and moving forward on carbon reduction projects. Planners said the aims of those strategies all tie into a framework of racial equity needed to tackle climate issues locally.

“If we are not proactively addressing equity and centering it in our ability to address climate change, we, too, would be perpetuating injustice. And there isn't a world where we can fix climate change and still have equity concerns," Climate Program Manager Zach Baumer told council members during a briefing on the blueprint.
RELATED STORIES

• How to get around Austin City Limits Music Festival

• Q&A: What you need to know about COVID-19 booster shots 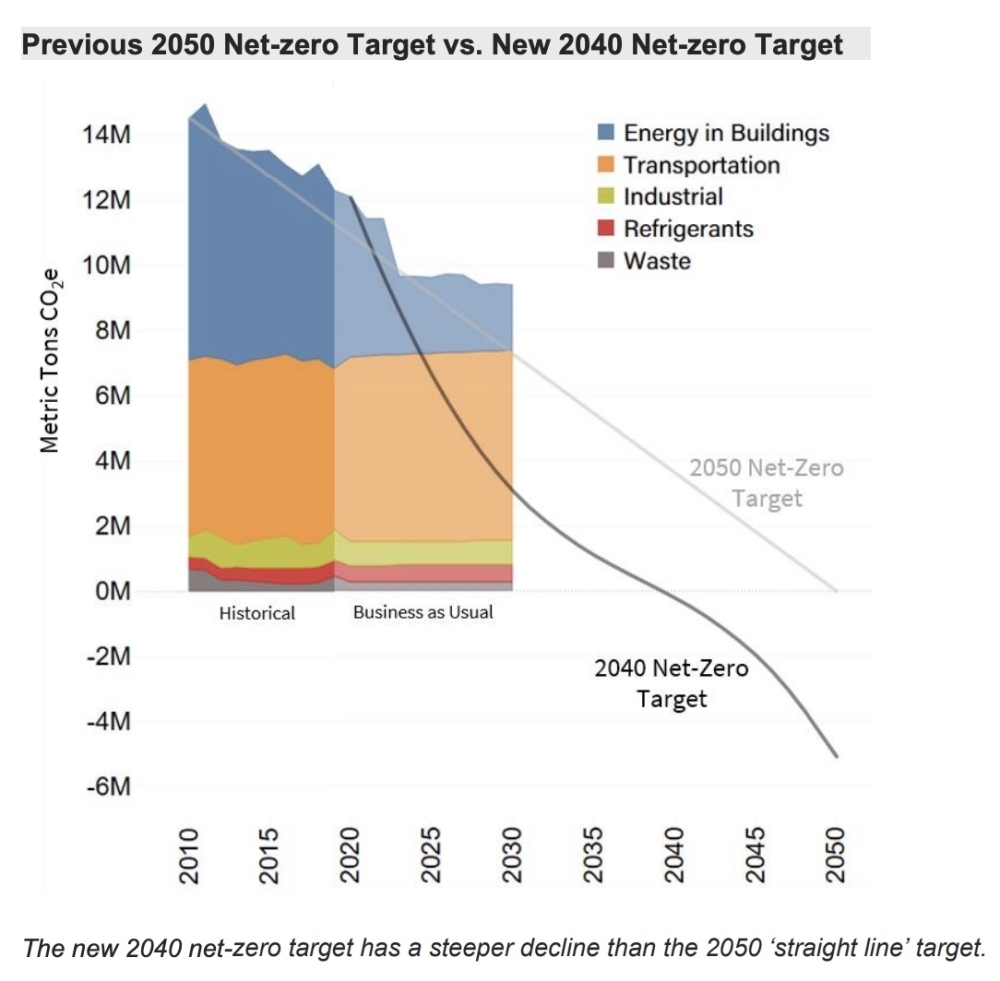 The plan calls for the city to pursue 17 central goals on the path to net-zero emissions to be completed by 2030, 10 years ahead of its overall emissions objective and on a timeline Baumer called "aggressive but realistic."

“This is a big step. Many cities across the world, many U.S. cities, are now increasing the urgency of their targets of the 2040 [goals] and even earlier than 2040. So we think this is an important step for this plan and for the city to move forward to a more aggressive target," Baumer said.

Some of the plan's broader topics and focused goals include:


The goals laid out in the document were crafted using an equity tool to workshop ideas in line with stakeholders' vision for the plan and related equity push. After hearing the Sept. 28 briefing, District 2 Council Member Vanessa Fuentes pointed to the plan's focus on equity and how the concept ties to local issues related to climate shifts and environmental resources.

Dozens of local residents, organizations and staff from an array of city departments provided input for the project. More than 1,500 community members also submitted input through a survey, and 25 city boards and commissions were briefed before the plan headed to City Council. The full draft plan with detailed goal breakdowns may be viewed here.

Baumer and other planners presented the draft document to council members during a Sept. 28 work session ahead of a final vote, when it is likely to be approved. Alongside the plan itself, a companion resolution detailing actions the city manager's office should take to ensure the city meets its goals has the support of a majority of council, including its main sponsor, District 10 Council Member Alison Alter.

"This plan is again, only as good as the implementation. And in the plan it calls for some specific next steps as well that complement what’s in, and are reinforced by, this resolution," Alter said.

That resolution includes direction for City Manager Spencer Cronk to find pieces of the climate plan that can be pursued in the short term through both unfunded city actions and budgeted investments in future months and years. If approved, Cronk would also return to council on a quarterly basis to report on the plan's rollout.

Resident engagement would also continue as the plan is put into place with ongoing opportunities for feedback and the creation of a new public website or dashboard to track the city's progress.

Officials took time to note Austin's place in the Central Texas region as well and said actions taken through the plan should also spread to include neighboring entities.

"We need the entire community to be supportive of this, but we are leaders as the city of Austin in helping to support those efforts and lead those efforts," Cronk said.

The plan is conceptual as proposed, and it does not include a cost breakdown for its implementation. Baumer said a funding outline with cost estimates would likely follow the plan's approval in the coming months or early next year.​