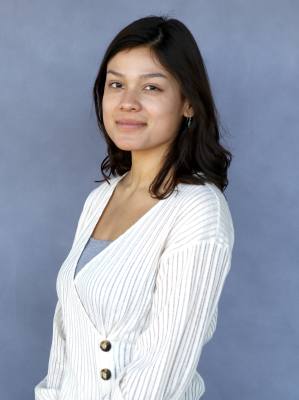 Austin ISD trustees reviewed a report on the state of special education in the district at a May 10 meeting. The third-party assessment, conducted by educational consulting firm Stetson and Associates, identified challenge areas and made recommendations for improvement within AISD’s special education services. Findings from the report are based on AISD demographic information, comparisons with neighboring districts, parent and faculty survey results, in-classroom observations and staff interviews.

Frances Stetson of Stetson and Associates named inconsistent vision and practice across the district as a key issue interfering with special education services. Discussions with AISD staff revealed a lack of consistent services across schools and a disconnect between department staff and principals, according to Stetson.

“You’ve had changes in leadership,” Stetson said to the board at the May 10 meeting. “But that’s one of the biggest barriers for you. If there’s no clear vision, there’s no mission; there’s no accomplishment of the goals of the organization.”

Stetson also emphasized the importance of developing multitiered systems of support—a systemic process in which struggling students are evaluated to determine where they are struggling, what personal supports they may need and whether general education services need to be adapted to better serve them, before labeling them as having disabilities.

Stetson noted AISD is developing these systems but does not yet have districtwide protocol to identify and problem solve for struggling students.

Staffing was another issue identified as an area for improvement. Most AISD employees the consulting firm talked to believed the district was understaffed, Stetson said, but the special education report found the opposite. Austin ISD had a ratio of teachers to students with disabilities, 1-13, lower than all but one of six comparable districts, according to Texas Education Agency data presented in the report.

Despite the relatively high amount of special education staff, students with disabilities “tend to be one of the lowest-performing student groups,” according to Chief Academic Officer Elizabeth Casas.

“When somebody says we need more staff, Austin ISD needs an objective process where you ask the same questions for each student that focuses on what they need,” Stetson said. “Are we reaching decisions about what staff are needed based on what your child needs and on the basis of robust instruction? I’m not advocating that ‘Boom, we let half the staff go,’ but we do have these questions to ask.”

AISD representatives expressed intentions to unify special education services across the district in light of the Stetson report's findings.

“In the past, one of the practices has been true disconnect—campuses have autonomy,” Casas said. “Our central office teams have been reluctant to say, ‘Campuses, you must do something.’... We need to all be speaking the same language.”

With clear areas of improvement, Trustee Arati Singh said she felt “ the most hopeful I’ve felt about special education in the three years I’ve been with the district.”