Gregory Fenves will step down as the president of the University of Texas on June 30, according to a letter he wrote April 7 to the UT community. (Community Impact Newspaper staff)

University of Texas President Gregory Fenves announced in a letter to the UT community on April 7 he will be leaving the university to become the president of Emory University in Atlanta.

Fenves said in the letter he made the decision that this would be his last year at UT earlier in 2020 but said "the timing of this news in the middle of the COVID-19 pandemic is not what [he] expected or wanted."

"Our dedicated faculty and staff have striven to make the spring 2020 semester meaningful for our students. I want you to understand that I remain singularly focused on continuing that work, completing the semester and getting our community back to normal before my presidency ends June 30," Fenves wrote.

Emory's board of trustees officially voted to name Fenves president on April 7. According to Fenves, he will start in his new role August 1.

Fenves has been president of UT-Austin since 2015 after serving as executive vice president and provost and as dean of the Cockrell School of Engineering.

During Fenves' tenure, the university successfully defended its race-conscious admissions program before the Supreme Court and expanded the financial assistance it offers low- and middle-income undergraduates. His comparatively calm term succeeded years of strife between former President Bill Powers and regents and statewide leaders who were pushing to make the university more closely resemble a business.

Fenves received a bachelor's degree from Cornell University and master's and doctorate degrees from the University of California, Berkeley, in civil engineering.

The current president of Emory, a private university in Georgia, announced last year that she would retire effective this August.

Reporting was contributed by The Texas Tribune, a media partner of Community Impact Newspaper. Disclosure: The University of Texas at Austin has been a financial supporter of The Texas Tribune, a nonprofit, nonpartisan news organization that is funded in part by donations from members, foundations and corporate sponsors. Financial supporters play no role in the Tribune's journalism. Find a complete list of them here.
The University of Texas Emory University Austin Metro Education Gregory Fenves
SHARE THIS STORY

By The Texas Tribune 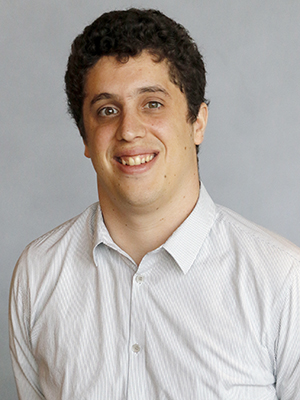 Jack is the editor for Community Impact's Central Austin edition. He graduated in 2011 from Boston University and worked as a reporter and editor at newspapers in Maine, Massachusetts and North Carolina before moving to Austin in January of 2018.

The Dell Medical School at the Univeristy of Texas at Austin graudated its first class on May 21.