The rezoning of a 30-acre East Austin property to facilitate the development of dual office towers and an environmental restoration effort has rallied representatives of several local neighborhoods against the plan ahead of its final consideration by Austin City Council.

Located at 1011-1017 Springdale Road east of Airport Boulevard, the proposed Springdale Green PUD, or planned unit development, plan is centered on an office project that as proposed could reach 93 feet in height. That requested scale is well above the 60 feet in height allotted for development in that area, and has prompted backlash from residents who view a project of such size as out of place for East Austin and a potential catalyst for future gentrification of the surrounding area.

During a June 9 protest against the PUD and City Council's potential approval of the project on Thursday, Daniel Llanes, chair of the Govalle/Johnston Terrace Combined Neighborhood Plan Contact Team, led chants of "60 feet yes, 93 no," before he and other neighborhood association representatives spoke on their concerns related to the new site plan.

Speakers at the event zeroed in on the property's history as a toxic tank farm site that left lasting damage on the land and local community health prior to its closure and eventual environmental remediation in the 1990s, and their worries that a development perceived as out of place could spur new projects of an outsized scale in the area.

“This site was a former tank farm site. Killed a lot of people here. So now 50 years later, another rich developer’s coming in, maybe not killing our people, but contributing to the displacement and the gentrification that’s been going on since the late 90s here in Austin," Llanes said. "We’re asking the city council to hold the line at 60 feet ... and also give us the community benefits that this community deserves."

Susana Almanza, director of the East Austin residents' group People Organized in Defense of Earth and her Resources, also highlighted the blight of the tank farm on the neighborhood in the past and pointed to other areas of the city that have experienced rapid growth as factors in neighbors' concerns.

"We're talking about bringing a 93-[foot] building, and that will be only the beginning," Almanza said. "We have seen what has happened to Sixth Street and Fifth Street and Cesar Chavez [Street]; we've seen the high-density growth; we've seen how our neighborhoods have been transformed to where there's only renters ... and this is all part of the gentrification tools for moving the family-based culture that has existed in East Austin for decades."

Michael Whellan, a land-use attorney with Austin-based Armbrust & Brown LLC, has represented the site's owner Jay Paul Company as the PUD rezoning moved through the civic approval process this spring. Prior to the June 9 event, Whellan told Community Impact Newspaper that Jay Paul had initially seen the project as a challenge and desired to "take on the difficulty" associated with redeveloping the historically and environmentally sensitive site. Whellan also said the company still believes the project and its millions of dollars in attached community benefits fit within the scope of Austin's development future, despite some residents' views on the process. 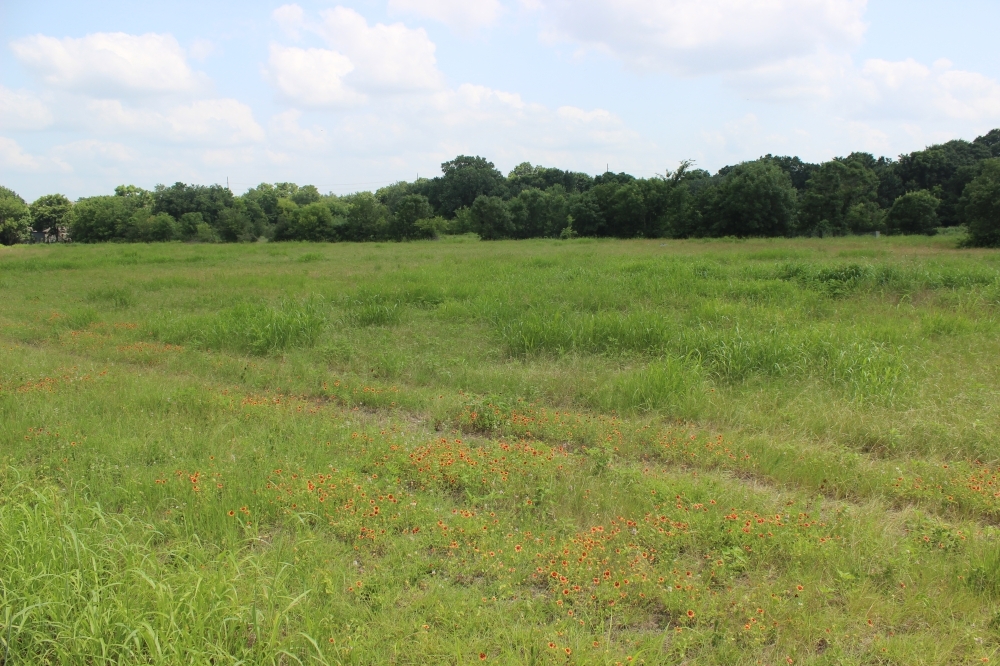 “Anything's possible in the city of Austin, and the loss of the new land development code would be one of those examples ... and would have provided 90 feet at this site, which is at the crossroads of two Imagine Austin corridors and in an Imagine Austin center," Whellan said. "I think you're going to begin to see this more and more frequently in Austin. ... Implementing the policies that have strong council support, the reality of implementing them has an impact that some in the community might not want. And that’s going to become prevalent along our corridors."

Among the benefits highlighted by Whellan are local flood mitigation and funding for nearby parks and affordable housing projects, all of which are supported by many of the residents who are opposed to the overall plan—provided its buildings remain at a 60-foot height limit. During council's June 3 session, Whellan said a large portion of those benefits would likely be cut from the PUD proposal if the 60-foot height limit is imposed.

“I think that the discussion has been fruitful, and as a result of the stakeholder feedback the Jay Paul Company increased by over $900,000 the community benefits in the targeted areas that were in fact identified by the contact teams. So I would say that is productive, and that having that engagement has yielded a meaningful community benefit," Whellan said June 9.

Some residents including Fred Lewis, a board member of the neighborhood planning nonprofit Community Not Commodity, pushed back during the June 9 event on the property owner's benefits package. Lewis said the project is "grossly out of scale" with its East Austin surroundings, and that the financial and environmental considerations proposed are not in line with those included with other Jay Paul projects in the past.

"When you cut through it all, it's really not much," Lewis said.

Council is set to vote on the third and final reading of the PUD rezoning during their June 10 meeting ahead of their weeks-long summer recess. The proposal had passed 10-0 last week on its second reading amid some contention on the dais, with the final reading pushed back to allow for the rewriting of its zoning ordinance as well as closing discussions between the project planners and neighborhood representatives.