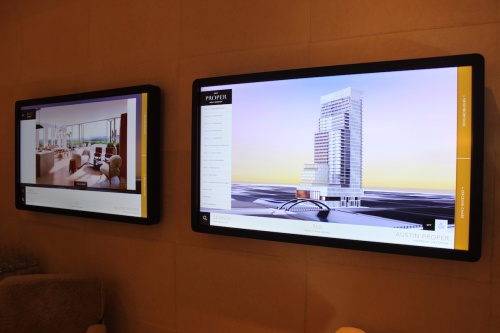 Once complete, the residential development will include 99 condominium residences, 10 penthouses, 244 hotel rooms, a spa and fitness center, a rooftop pool, a restaurant, meeting rooms and a club center.

Prices range from $600,000 for a one-bedroom unit to nearly $8 million for a five-bedroom, two-story penthouse.

The interior is designed by Kelly Wearstler, whose style is described as "raw and refined."

The hotel and residential complex, which is managed by The Kor Group, is slated to open in early 2018. Tripp DuBois, The Kor Group's vice president of sales and marketing, said almost 50 percent of the units are already sold, including six of the 10 penthouses.

The California-based hotel concept markets as a "grand hotel with the benefits of home ownership," with exclusive amenities like a doorman and concierge, a sundeck with outdoor kitchen, a pet grooming facility and a parking garage.

Austin Proper joins several other developments in the area, including The Independent—a 58-story residential complex that started construction in January at Third Street and West Avenue and is expected to be completed in 2018—and the Seaholm Residential Tower at the former site of the Seaholm power plant, which was completed earlier this summer.