A year on pause: Central Texans reflect on what they lost, overcame in year since COVID-19 arrived

Everyone has a different day marked as the time COVID-19 began having an effect on their life. For some in Central Texas it was March 6, when Austin Mayor Steve Adler announced the cancellation of South by Southwest Conference and Festivals, the event that is central to the livelihoods of thousands of bartenders, musicians, hotel employees and other service industry workers across the area.

For others, it may be when classes were suspended and their kids did not see the inside of a classroom for months or when local government orders forced restaurants to close—March 17 in Travis County and San Marcos, March 18 in Williamson County.

For much of this past year, Community Impact Newspaper reporters and editors have been speaking with people who have felt the impacts of COVID-19 the hardest: small-business owners who have lost their jobs; community members who have lost friends, family members and loved ones; and health care workers who saw the suffering the virus caused day in and day out. One year after the virus first arrived in Central Texas, we spoke with some of those community members about how their lives have changed. 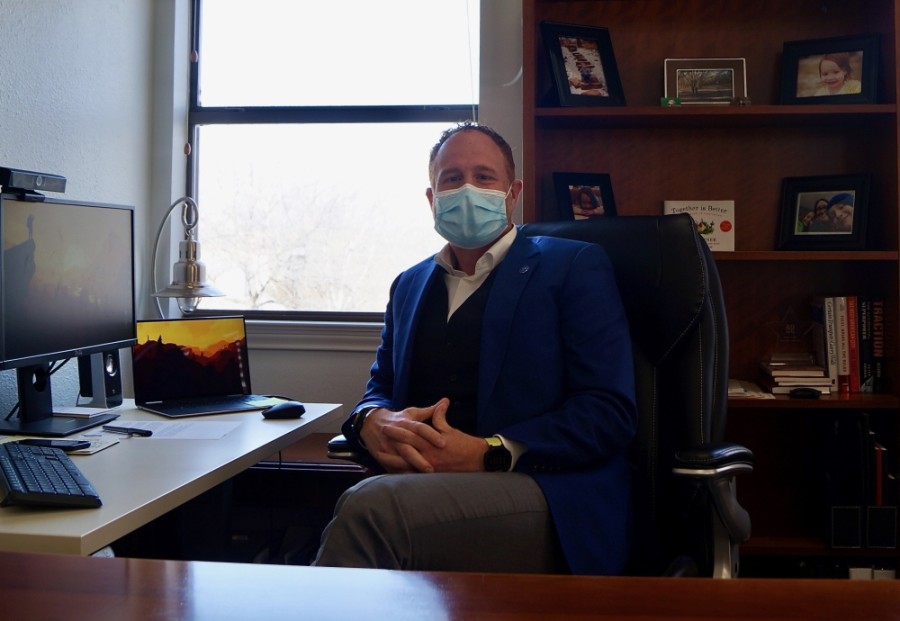 • Timeline: The year of coronavirus in Central Texas, from SXSW’s cancellation to the arrival of vaccines

On March 18, 2020, Ball met with Mayor Craig Morgan and fellow city leaders to discuss a prospective small-business fund. Exactly one week later, the city of Round Rock, Dell Technologies, the Greater Round Rock Community Foundation and the Round Rock Chamber launched Round Rock Cares on March 25, a fund that raised more than $420,000.

“When you’re involved in a situation like that ... it quite literally helped keep people employed. It helped families,” Ball said. “That helps our entrepreneurs keep their dreams moving—something they’ve put their whole heart and soul and most of their financial wealth into. That’s the real big motivation.”

Fast-forward to one year later, Ball said the economic landscape is less daunting now, but that does not minimize the pain still felt by some business owners—particularly those in the restaurant, entertainment and hospitality industries.

“It’s a sort of tale of two economies. You get the economies that found ways to keep moving, and those never stopped.” he said. “On the bar, restaurant, hospitality and ‘person-to-person’ business side, I think everyone’s cautiously optimistic.”

Dixie Doss-Marburger, owner of To Have and To Hold in Georgetown 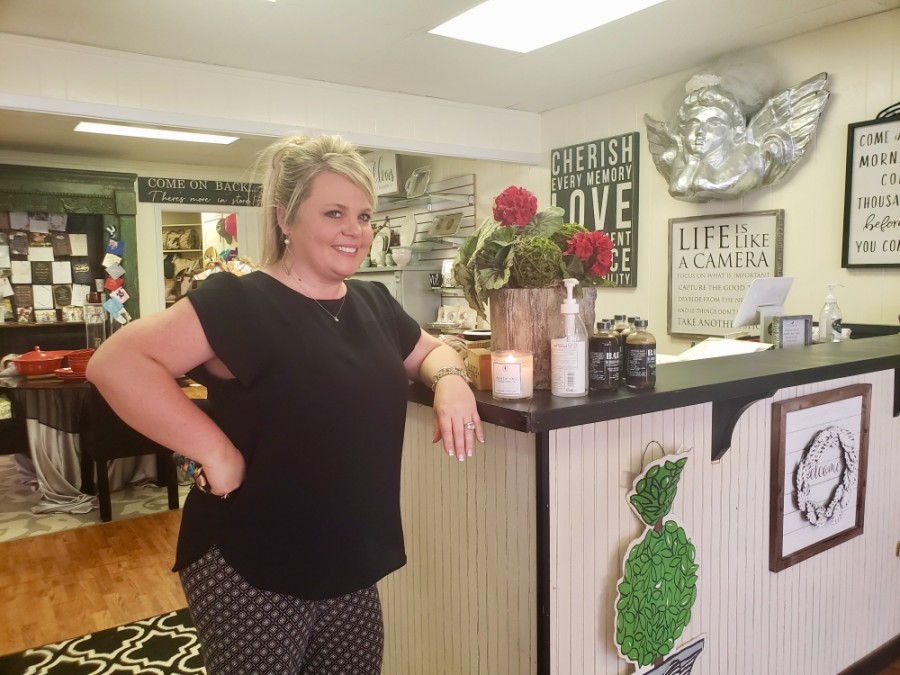 To Have and To Hold was open for about 37 days in its new location on the Georgetown Square before it had to close due to the Williamson County stay-home order, Doss-Marburger said.

The business is known for unique, customizable gifts, many of which revolve around weddings and major celebrations, many of which slowed down or were even canceled due to the pandemic. Doss-Marburger said after the closure and limited occupancy mandates, the business pivoted to ramp up pickup and delivery options as a means of survival, and it has helped keep the business open.

“When a crisis like that happens, people are looking for the comfort and the custom gifts and something you can personalize, and that's what we're aiming for,” Doss-Marburger said. “The sentimental value of things, especially when all of this illness and gross mess is going on is what has sustained us.” 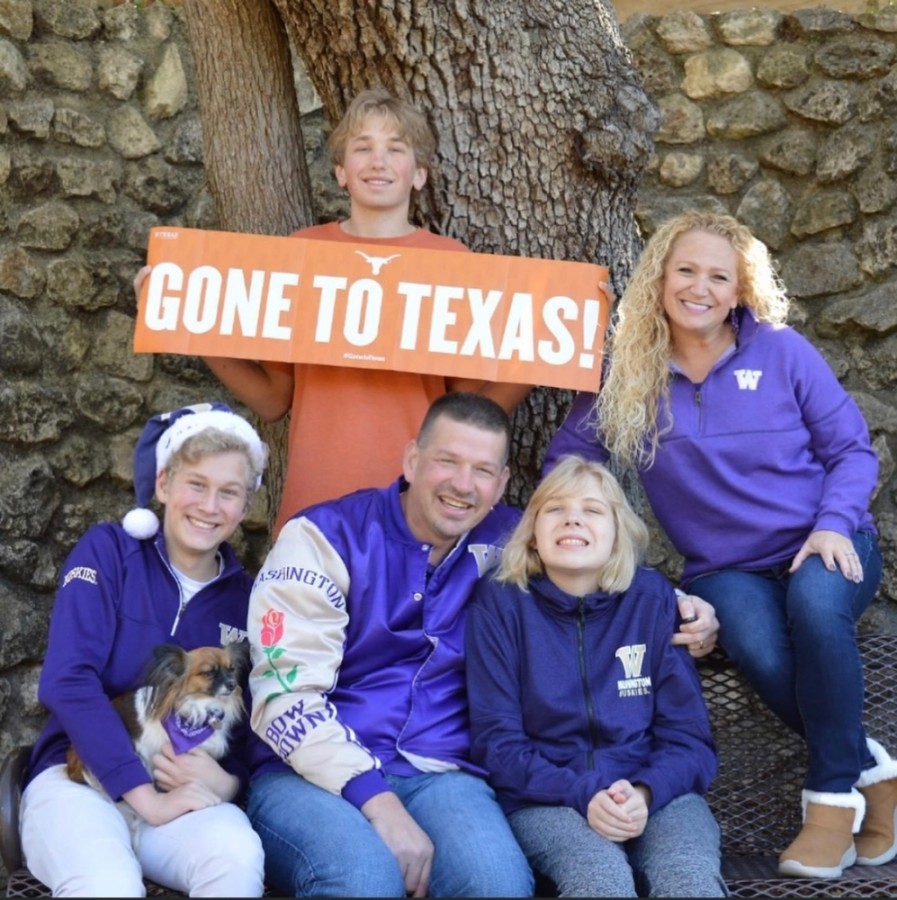 When students in Comal ISD transitioned to online learning in the spring of 2020, Hamilton said the change was especially difficult for her daughter, who is diagnosed with autism and is nonverbal.

Suddenly, the family of five was together all day, every day as Hamilton’s children participated in online school and her husband began working from home.

In August, Hamilton’s high school-aged son and daughter returned to in-person classes at Smithson Valley High School where Hamilton said they adapted quickly to mask policies and other safety protocols.

“Both of my high schoolers went back to in-person, and that really is the best fit, especially for my daughter with special needs,” Hamilton said.

Hamilton’s husband has continued to work from home, and her oldest son is participating in college classes at home, but the time together has helped them develop more routines as a family and find joy in activities like going on walks.

“It’s been a curveball at every corner, but somehow we’ve come through it all and worked together,” Hamilton said. 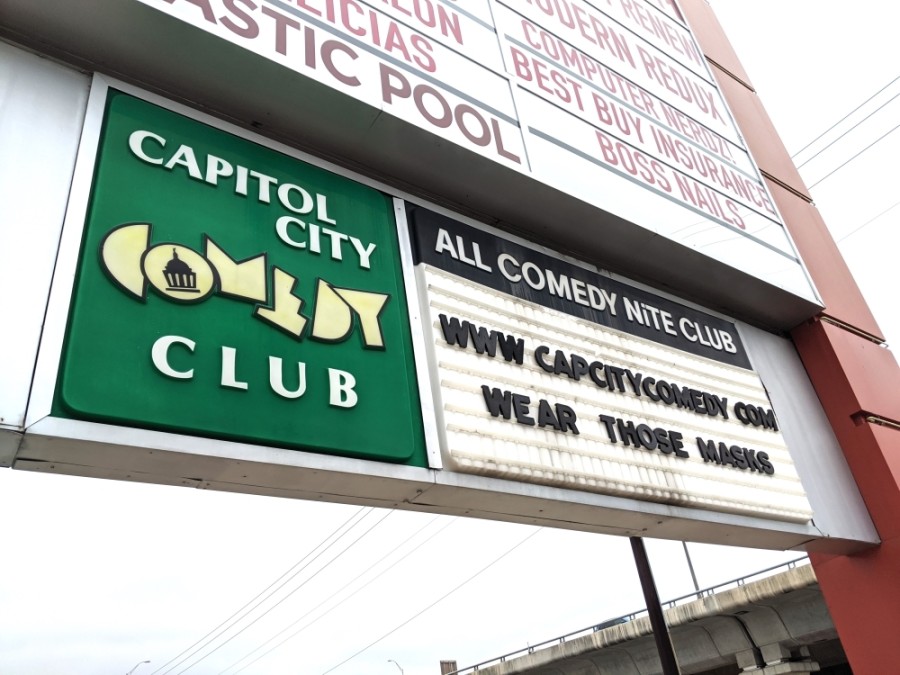 Capitol City Comedy Club, the decades-old home of Austin’s standup comedy scene, was preparing for its annual Funniest Person in Austin competition when the coronavirus pandemic reached Central Texas and forced the closure of entertainment venues dotted across Austin.

“It’s a big, big deal—250 comics whittled down over eight weeks,” said McGarr, a partner with Cap City. “We had ordered all our booze and all our food. The place was ready for action, then it was like, ‘Oh my God, nothing is happening.’”

In the fall of 2020, Cap City announced it was permanently closing at its North Austin home. The announcement generated an outpouring of grief and remembrance from local and national stand-up comics alike, as it appeared the home of Austin’s comedy scene was lost for good.

But in February, a new partnership group for the club emerged and announced Cap City would reopen inside The Domain in late 2021.

“Closing Cap City was one of the saddest things I have ever been involved with, but it was made to sting less by how much the place was loved,” McGarr said. “There has been a lot of sadness in the last year. ... I’m really lucky to be in the comedy business because for the most part it does involve a lot of laughter.” 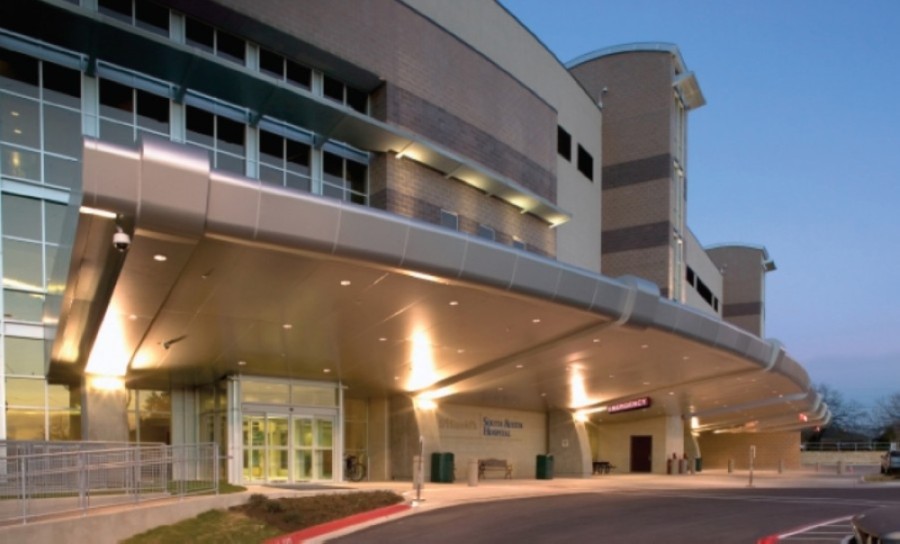 Since March 2020, more than 1,400 patients who have contracted COVID-19 have died in Central Texas. Doctors, nurses and hospital staff are used to being around death. It is part of the job when working in health care: to be a comfort to patients before death as well as a comfort to families experiencing a loss.

But because the risk of spreading COVID-19 is so severe, Robinson said the disease was mentally and physically exhausting for health care workers in a way they were not used to encountering before. 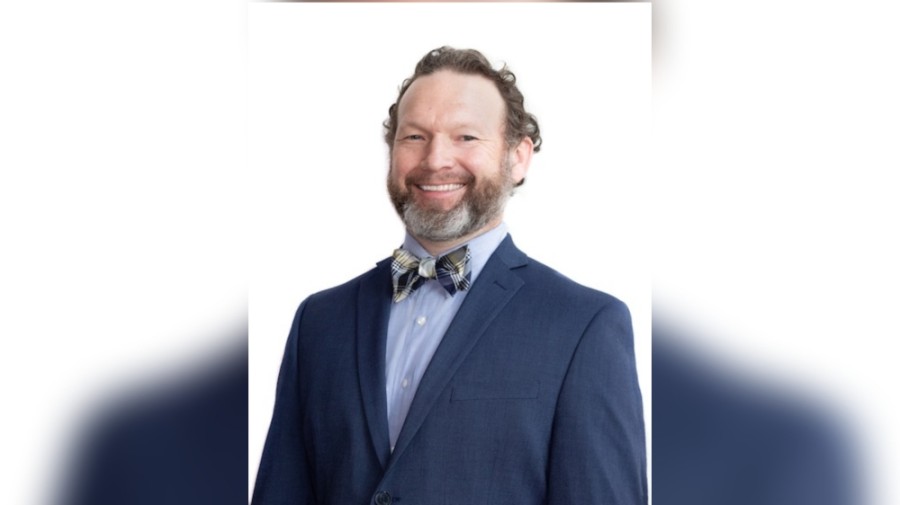 Those doctors, nurses and staff had to be the bridge between dying patients and family members who were not allowed to say their goodbyes in person. They had to somehow find ways to provide comfort from behind surgical masks and other layers of personal protective gear to frightened patients struggling to breathe.

And all the while, Robinson said, hospital workers had to perform this emotionally exhausting role while balancing concerns for their own safety and making their own sacrifices—often staying in hotel rooms or sleeping in the hospital rather than going home to their families out of concern they would catch the disease at work and spread it at home.

"It was a very taxing time. I can’t speak with enough praise for how the medical staff responded. They just stepped up," Robinson said. "This is what they signed up to do; they just kept coming back each day and doing it again." 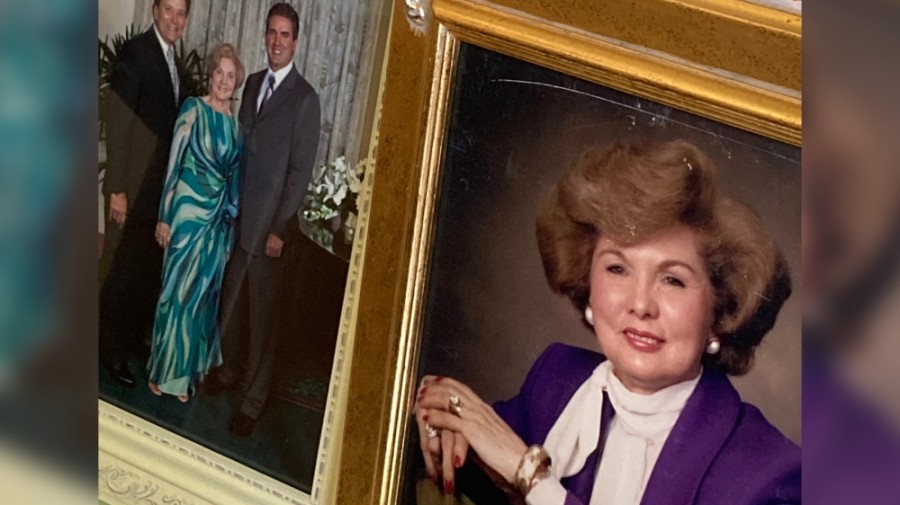 Mission Funeral Homes found itself in unique circumstances during 2020: while the businesses surrounding its central location on East Cesar Chavez Street saw foot traffic decrease, the funeral home's clientele increased by at least 14%. According to Villaseñor, it was in large part the heavy death toll of COVID-19 that brought people through his doors with a peak in July as coronavirus cases mounted.

“All of a sudden, things started to happen. We started to get calls abnormally. The uptick in calls was COVID-19-related, and it just continued to escalate,” Villaseñor said.

In many cases, Villaseñor saw grieving families’ losses be amplified as hospital and nursing home restrictions kept families from saying goodbye to loved ones in person. Many families were also limited to small services, unable to honor their loved ones in the manner they wanted due to health and safety restrictions.

Villaseñor felt this grief firsthand. His mother, Lois Villaseñor, the co-founder and “matriarch” of Mission Funeral Homes, died from coronavirus July 28. His goodbye came via Zoom.

“Besides my own personal grief, the courage of these families who have been unable to share final goodbyes ... it’s just heartbreaking,” he said.

Ashley Woodward, director for Volunteers in Medicine in New Braunfels 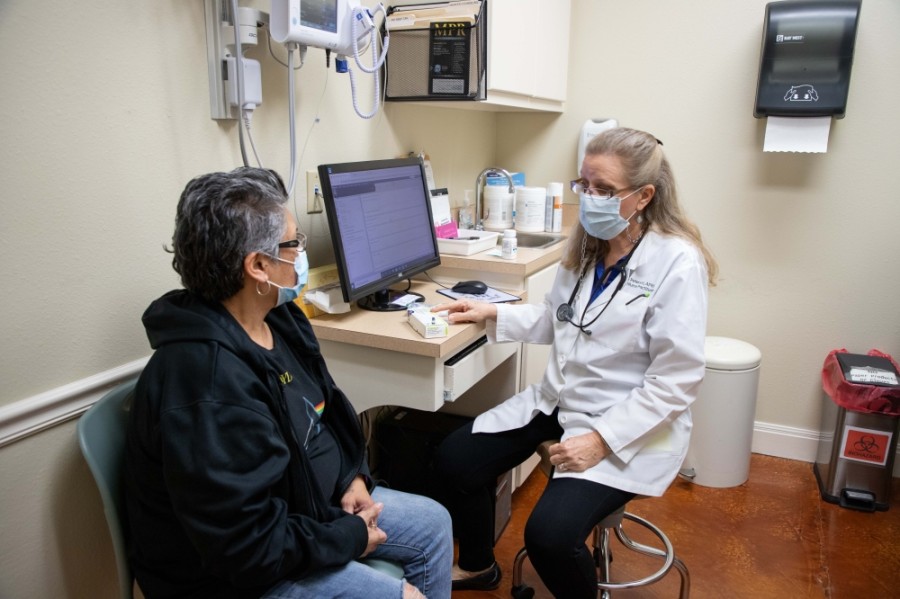 Since 2008, Volunteers in Medicine has provided medical and dental care for thousands of New Braunfels residents who are uninsured.

When the coronavirus pandemic began, Woodward knew the nonprofit would have to quickly adjust its operations to serve patients while keeping coronavirus-related safety precautions in mind.

“In March we started offering telephone visits,” Woodward said. “We couldn’t offer [telemedicine] because not all of our patients have access to the Wi-Fi or data that the video relied on.”

In addition to medical services, Woodward and her team shared that patients often use telephone visits to share about their personal lives and to find a connection with others that has been lost during the pandemic.

“We haven’t lost any patients because of COVID-19, but patients have lost family members,” Woodward said. “They turn to us not always for medical care, but because they know that we will listen and that we will pray for them.” 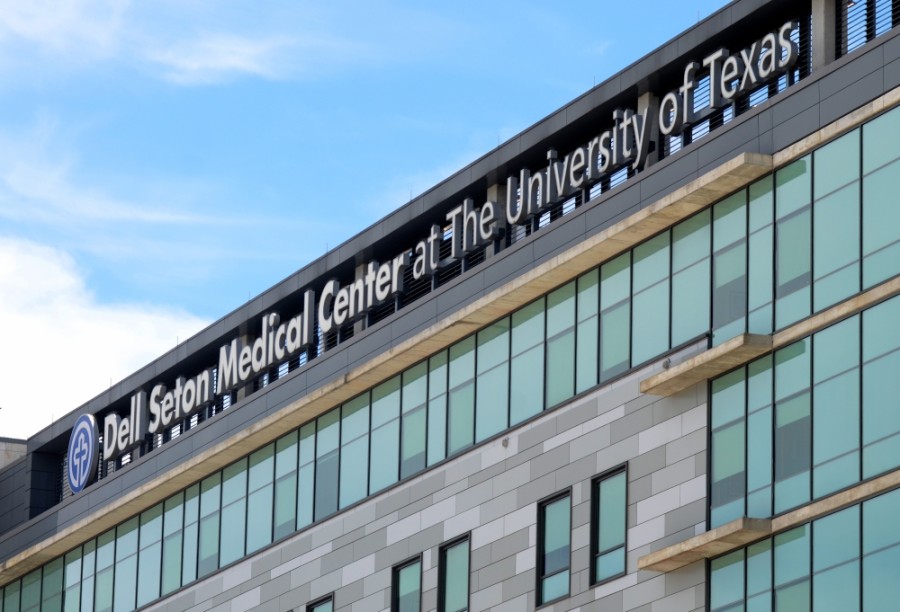 As the date of SXSW approached last spring, a group of health care professionals and public officials got on a call to discuss the risk the coronavirus presented to the community. At that time there were no government mandates in place, no restrictions on gatherings or local cases, but Ziebell said everyone understood the risks. 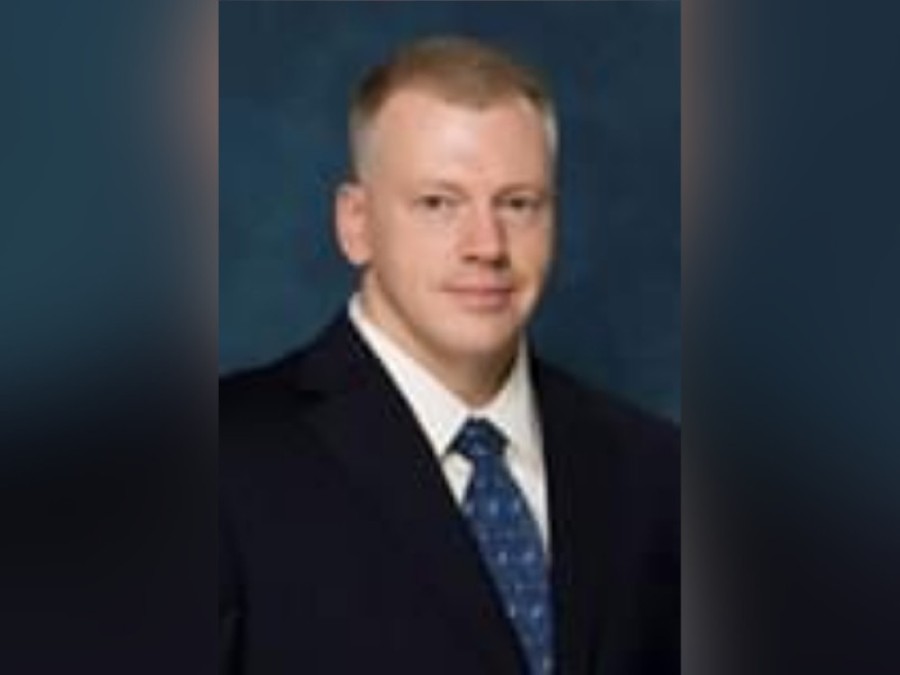 At the 11th hour, officials made the call to cancel SXSW, a decision unexpected at the time that put Austin in a national news spotlight and, Ziebell believes, saved thousands of Central Texans' lives.

"I think that the fact that we did that here in Austin is probably the reason that the second big outbreak was in New York and not in Texas," he said.

With a higher level of self-discipline for two weeks last spring, in Austin and elsewhere in the country, Ziebell said Americans could have extinguished the spread of the virus. Now, another key opportunity to move on from the pandemic is coming for citizens with another choice to make—whether to receive the COVID-19 vaccine.

"If we don't make the germ extinct, then what's going to happen is it's going to find a way to overcome the vaccine. And then we're going to have to come up with a new vaccine, and we'll just be chasing our tails forever," he said. "Or we could finally become intelligent, do the right thing and put an end to this."
Coronavirus (COVID-19) Round Rock Chamber Dell Seton Medical Center To Have and To Hold Capital City Comedy Club Mission Funeral Homes Smithson Valley High School St. Davids South Austin Medical Center Volunteers in Medicine
SHARE THIS STORY