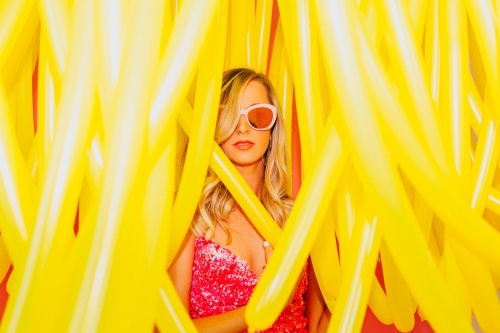 The FOMO Factory opens in the Red River Cultural District later this month.

The success of highly photogenic, regularly sold-out interactive exhibits—such as the Museum of Ice Cream, which has locations in New York City and San Francisco; the Color Factory, which recently launched in New York's SoHo neighborhood; and the Yayoi Kusama Infinite Mirrors exhibition now being shown at the Cleveland Museum of Art—has reached Austin's city limits.

This month, the first of two such experiences opens in Austin, with the second fast on its heels.

Instead of camera bans, these exhibitions encourage visitors to take photos, selfies and GIFs in the showrooms and to post about their experience on social media, likely creating hype and drawing in more visitors.


No fear of missing out

The FOMO Factory, a two-story interactive art pop-up, is designed to provide a "top-notch" selfie destination and inspire childhood nostalgia among attendees.

FOMO is an acronym for "fear of missing out." It was added to the Oxford English Dictionary in 2013.

Tickets are available between Sept. 20 and Oct. 21.

A post shared by Art of Ice Cream Experience (@artoficecreamexperience) on Aug 23, 2018 at 6:01pm PDT

The Art of Ice Cream Experience, an exhibit that began in Scottsdale, Arizona, is coming to Austin.

Billed as "an Instagrammer's dream" on its website, the exhibit will feature rooms with themes such as a banana splits, popsicle paradise and Neapolitan beach that promise "vivid backdrops" against which one can take photos to post on social media. Samples will also be offered along the way.

Tickets are available between Oct. 12 and Nov. 26.