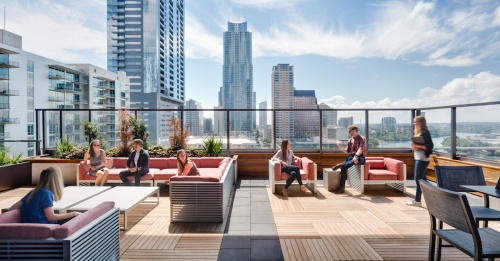 A new downtown office tower, which will be anchored by Google, debuted Aug. 17.

Here’s what you need to know to start your week in Central Austin:

On Monday, Aug. 21, Austinites will gather to view the first total solar eclipse to cross the continental U.S. from coast to coast in nearly a century. The University of Texas Department of Astrology is hosting a free viewing party, and Lyft is offering $10 off two rides with the promo code ATXECLIPSE17 to riders attending the event.

Confederate symbols are again in the national spotlight after a deadly demonstration in Charlottesville, Virginia this month. Last week, Austin City Council members pledged support for an application to rename Robert E. Lee Road. An online petition in support of the name change has gathered more than 18,000 signatures. An application to rename Jefferson Davis Avenue is also in development.

The Austin City Council voted to create a new task force to deal with the city’s growing issue of gentrification and to propose solutions on Thursday. The task force will meet once a month for 10 months and report back at the three- and six-month benchmarks. Its goals are to improve access to affordable housing, control land for community development, support small businesses and community assets, aid income and asset creation through the development of basic services and finance community-developed strategies to address gentrification.

After a grand opening ceremony Thursday, the 500 W. Second St. tower is set to welcome new tenants Google—as well as business services firm Deloitte, real estate firm CBRE and law firm King & Spalding—to the greenest and most technologically advanced office building in the city, according to developers Trammell Crow Company and Principal Real Estate Investors. The technology giant has more than 450 employees in Austin and an existing office in the northwest part of the city.

After four years of production, city staff have presented the Aquatics Master Plan, a report on the state of the city’s pool system. The plan said many of the city’s pools are at risk of imminent closure and comprehensive rehabilitation would cost $193 million. On Thursday, the Austin City Council unanimously voted to create a four-member task force to assess the plan’s recommendations as well as to make their own suggestions about how to move forward.

The Austin Pride Festival and Parade is scheduled for Saturday and will feature dozens of nonprofit organizations and social clubs for attendees to learn more about, support and join. A line-up of musicians and performers will provide entertainment throughout the day, and at 8 p.m. the Pride parade starts it march through downtown. The festival is also Central Texas’ largest HIV-testing day of the year.