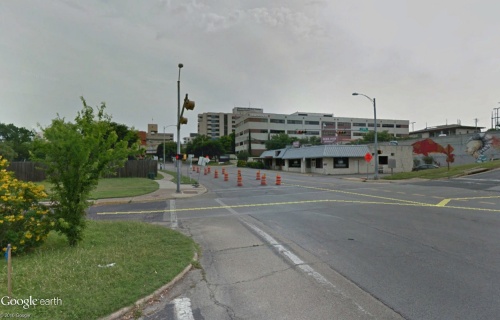 The former HealthSouth physical rehabilitation facility at 1215 Red River St., Austin, is being recommended for purchase by the city.

Austin's Office of Real Estate Service has recommended the city buy the facility and its neighboring parking garage for $6.5 million. Austin City Council will decide whether to approve the purchase at its Dec. 15 meeting, according to the memo.

"The price is well below the appraised market value and represents a significant opportunity for the city," the memo states. "The building is highly adaptable to a number of uses and the land is highly attractive in the market."

The property is just south of University Medical Center Brackenridge, which is in the midst of its own redevelopment. UMC Brackenridge will be known as Dell Seton Medical Center at The University of Texas when it opens next year. The future teaching hospital for UT's Dell Medical School is a key piece of the city's Innovation Zone in northeast part of downtown.

With the business model for physical rehab services changing and the development of Dell Seton Medical Center, the HealthSouth facility is no longer needed, according to the memo. In August, the company announced it would close the facility and asked the city to terminate its land lease.