After fire in June, Alta Alexander is eager to get back to East 12th Street and Altatudes soon

Alta Alexander had plans to make 2020 a big year. She was planning the second-ever Austin fashion showcase at her East 12th Street store, Altatudes, to show off the styles she would offer in the store while bringing the community together. It did not happen that way.

In June, during social justice protests in Austin, a fire at neighboring Kane’s Barbershop caused extensive smoke and soot damage to Altatudes.

The business next door is still blackened with fire damage. The damage is not as obvious at Altatudes, but Alexander said the property owner is still working on repairing the floor, ceiling and baseboards after the fire. She did not give an estimated reopening date, but she said she is eager to get back to East 12th Street.

The Austin Fire Department established in June that the fire was intentionally set but has not released an update to the investigation since.

Meanwhile, Alexander said she is working to stay “top of mind” despite lacking a physical space temporarily. She reached out again to clothing designers and now is selling jeans, leggings, dresses, T-shirts and more online. Clothes now hang in the guest room of her home, ready to send to customers as Alexander waits to return to her storefront.

In 2018, the first fashion showcase featured models walking the catwalk, cupcakes and drinks, and 10% of the proceeds were donated to local nonprofit Dress for Success.

Creating that same atmosphere was impossible in 2020, but Alexander did not let the challenges take away from a celebration. Altatudes hosted a virtual fashion spotlight Sept. 18—the three-year anniversary of its grand opening.

It was not what she imagined, but Alexander said she felt positive about what she was able to do within the circumstances, and now she is ready to return.

“I’m champing at the bit. If I open, I think people will come; I really do,” she said.


Keeping 'The End' in Sight 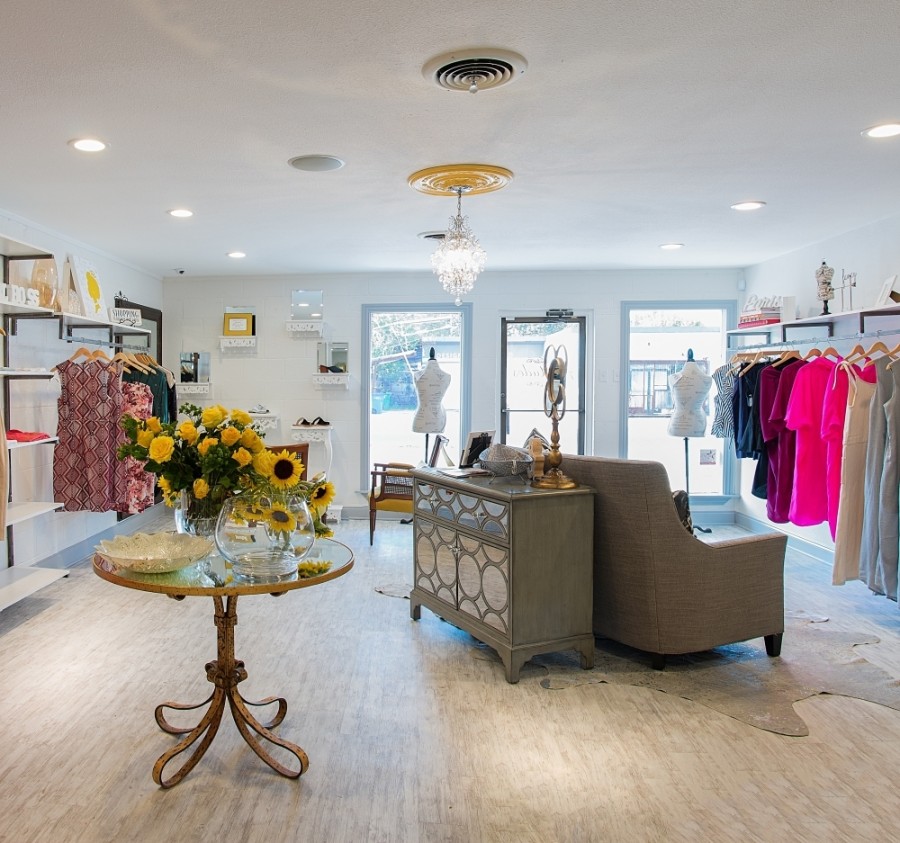 Alexander is president of the East 12th Street Merchants Association, a group of business owners in the historically Black area of town, and said she is looking forward to once again being at the store every day.

According to a 2018 strategy report prepared by the city, local businesses and nonprofits, the area known as “The End” in the 1940s and ‘50s “was the heart of entertainment and commerce in Austin’s African American community."

Black-owned businesses and cultural centers are still a part of the East 12th Street district.

NAACP President Nelson Linder has his insurance agency’s office on East 12th. Simpson United Methodist Church, Mount Carmel Grand Lodge Temple and Sam’s BBQ are among the other longstanding presences in the community.