ATCEMS is hitting its city response times goals even as is suffers from "staffing crisis". (Courtesy Adobe Stock)

More than 22% of sworn emergency management services positions were unfilled as of late May, including more than 27% of field medic and clinical specialist spots. Over 17% of civilian staff positions are also vacant.

In 2021, more than 120 vacancies were recorded and 65 cadets hired. Acknowledging those trends, ATCEMS Chief Robert Luckritz also said the department remains “the best EMS system in the country” and said his office remains focused on retention and progressive changes to attract new medics.A national shortage of people seeking to become EMS workers, pandemic-related burnout affecting all sides of the medical field and Austin’s own spiking cost of living all play into the EMS department’s staffing struggles, he said.

In an April update Luckritz said the department will look to change several aspects of recruitment in order to fill its ranks, including removing a staggered application period to allow interested medics to apply anytime, cutting experience requirements for potential new hires and working on an improved promotion process.

ATCEMS is currently budgeted for up to 665 sworn positions with around 150 vacant as of late May. Luckritz said bumping that total up to 761 budgeted spots could result in the elimination of all vacancies over a four-year period.

“How do we drive people to want to join this profession? What we want to do is do outreach to individuals in the community who might not have the same educational opportunities ... and recruit them to become EMS professionals,” Luckritz said.

Despite its current shortfall, ATCEMS data shows the department’s medics have been able to meet their response time goals in Austin for well over 90% of calls for service they receive. However, the department is seeing less success in Travis County outside of the city with a less than 86% response time success rate in April. Xie also said the shortage is affecting specialized work including responses to mental health calls.

“People want emergency services, and they are not getting it right now,” she said.

The staffing conversations come at a time when AEMSA and city representatives are hashing out the next labor agreement for medics in the city. That process, underway for months, has been marked by a significant gap between union asks and city offers in pay discussions. The city initially proposed a slight raise to entry-level pay to $19.79 hourly, while AEMSA started at a request of $27. Xie said talks are now at an “impasse” with competing offers of $22 and $24.70 per hour.

City negotiators have said that answering AEMSA’s call for a larger pay hike for Austin medics is not possible in part due to state-imposed caps on city revenue collections, and that getting the department fully staffed within the next few years is also “not realistic.” Xie pushed back on city assertions that the medics’ offer is “greedy” and said more action is needed in order to simply maintain the local EMS force in the face of growing discontent.

“The burnout is really real,” Xie said. “After doing what we did for two years and then the city basically tell us that the most they can do is a $0.14 raise was just really, I think, the last straw for a lot of people.” 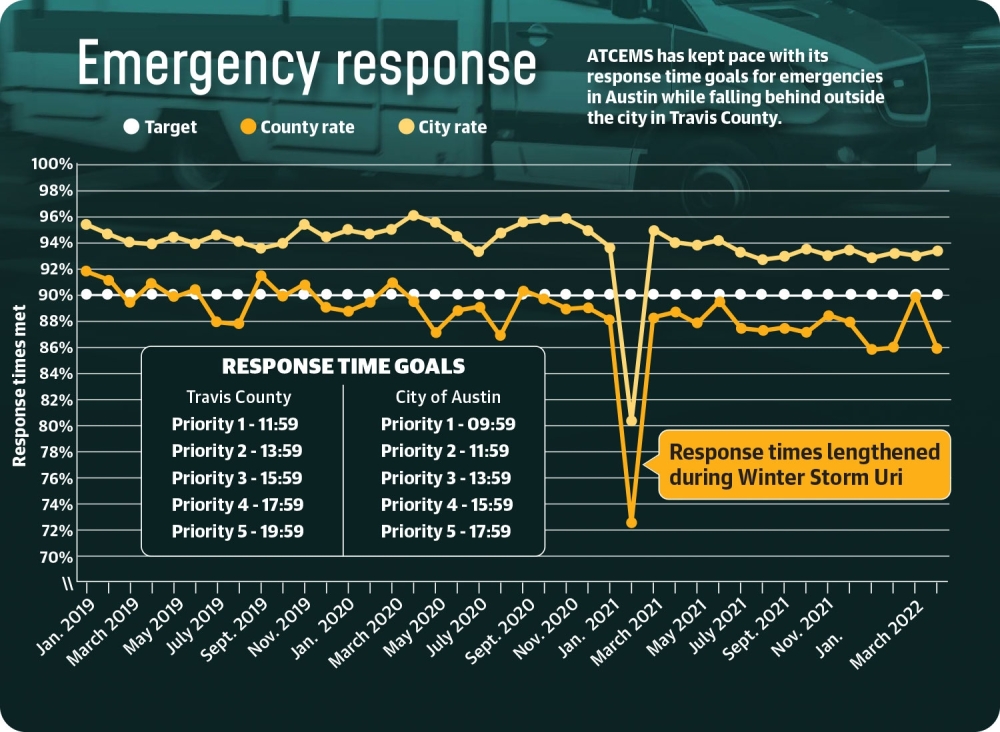