Austin Public Health is investigating a confirmed rubella case, the first case of the contagious viral infection in Travis County since 1999. (Courtesy Fotolia)

Austin Public Health is investigating a confirmed rubella case, the first of the contagious viral infection in Travis County since 1999, according to a Jan. 16 news release from the health agency.

The investigation comes just weeks after the health agency investigated the county’s first measles case in decades. Both rubella and measles are diseases preventable by vaccines, according to Austin Public Health, and are covered by the measles, mumps and rubella, or MMR, vaccine.

The MMR vaccine is required by the Texas Department of State Health Services for students in K-12th grade, though exemptions are granted on an individual basis for "medical contraindications, active duty with the armed forces of the United States, and reasons of conscience, including a religious belief," according to the agency's website. Two doses are required, with the first dose received on or after a child's first birthday. As previously reported by Community Impact Newspaper, the conscientious exemption rate for vaccinations at Austin ISD is consistently above the statewide conscientious exemption rate each year.

Unvaccinated children who attend the same school as a child infected with rubella are required by Texas law to stay at home for 21 days following confirmed contact, according to Austin Public Health.

Pregnant women who have not been vaccinated against rubella are at a higher risk to contract congenital rubella syndrome, which can lead to birth defects and increased risk of miscarriage or stillbirth, Austin Public Health stated in its Jan. 16 release.

“Along with the requirement to keep your unvaccinated child home for weeks, there are significant health risks to being exposed to rubella,” said Dr. Mark Escott, interim health authority and medical director for Austin Public Health in the Jan. 16 news release. “Please, check if you and your family are up-to-date on vaccinations to prevent the comeback of these previously eliminated diseases.”

This rubella case comes on the heels of another confirmed case of a vaccine-preventable disease in Austin. On Jan. 8, Austin Public Health closed its investigation into a measles case in an Austin resident.

Trendmaker Homes Austin, a design studio that provides a range of appliances, countertops, fixtures and other interior and exterior features, opened Feb. 17. 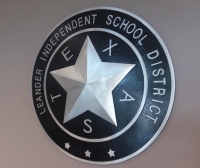 To meet district growth, Leander ISD’s board of trustees will discuss a staff recommendation that LISD approve 169.5 new positions for the 2020-21 school year.

South Street Villas, an 86-unit complex in Leander consisting of 43 for-rent duplexes, is currently under construction and is expected to open in the fall.