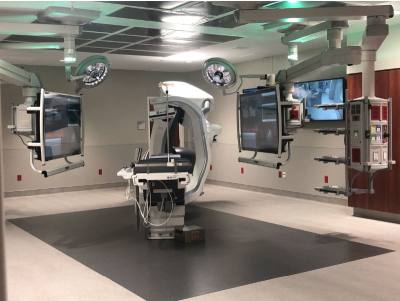 The new Electrophysiology Center at the Texas Cardiac Arrhythmia Institute in St. Davidu2019s Medical Center will open by the end of June.

Medical care providers at the Texas Cardiac Arrhythmia Institute will begin treating patients with cardiac rhythm disorders at a new facility starting at the end of June.

TCAI is a treatment, training and research center specializing in heart rhythm disorders. It is a partnership between St. David’s Medical Center and Texas Cardiac Arrhythmia, a group of cardiac physicians in Austin. The team of 16 physicians at TCAI is, according to St. David’s, one of the largest electrophysiology practices in the U.S. and they treat thousands of patients each year.
SHARE THIS STORY