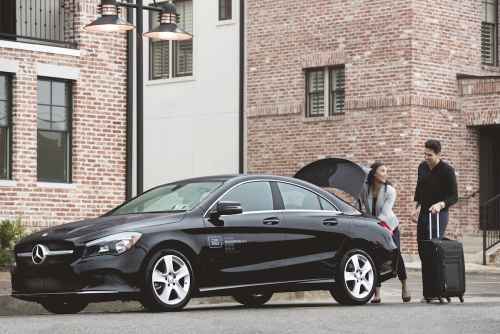 The Smart Cars that many Austinites have grown accustomed to seeing on city roadways—as part of the car-sharing service Car2go—are being replaced.

Car2go members, which have been taking one-way trips using the service's shared vehicles since 2009 in Austin, will now drive Mercedes-Benz vehicles.

The switch, which involves replacing the 300 Smart Cars with new Mercedes-Benz CLA and GLA compact vehicles, will decrease the amount of time it takes to open and start the vehicle thanks to faster computers built into the new vehicles that will communicate with users' smartphone-based Car2go app.

"We're really excited about giving Austin this new version of our fleet," Austin General Manager James Emery said. "They were the first [North American] city for us, and they're going to get to see the latest evolution of us as a company. I think it speaks to how well the city's embraced us."

Emery said the time it takes to access a Car2go vehicle will drop from about 15 seconds to 2 or 3 seconds with the new vehicles.

Austin is one of 11 North American markets with Car2go, all of which are assessing what the right mix of vehicles is for them. Other markets may continue using Smart Cars but ones with updated computers that will allow for the same user experience, Emery said.

Car2go launched in Austin in 2009. Throughout that time, the company has made three major updates to its Austin fleet, Emery said. Car2go began testing the Mercedes-Benz vehicles in January and decided based on customer feedback to move to an entire fleet of Mercedes-Benzes.

The 2018 CLA is a four-door coupe, and the 2018 GLA is a five-door small SUV. The new vehicles are equipped with adaptive braking, blind-spot assistance, a rearview camera and heated seats among other technology.