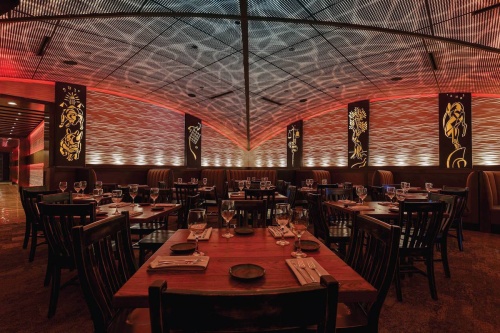 A South African-inspired concept is arriving in Austin’s Second Street District in 2017.

“The concept is going to try and bring South African cuisine to the masses,” said Nguyen, who is the chief managing officer. “What we have done is incorporated American cuisine in it.”

Friedman hails from South Africa and used his mother’s recipes to create the menu. Nguyen said Friedman visits South Africa every year to make sure the restaurant's offerings continue to reflect the country’s cuisine.

The company opened its first location in Houston in 2009. Houston’s two Peli Peli locations will be soon joined by a third in Katy, Nguyen said.

The restaurant’s most popular item is the Espetada ($38), which means “meat on a stick” in Portuguese and features beef, Nguyen said. The menu also features an English-style dessert called Sticky Toffee Pudding ($12).

Construction on the 6,000-square-foot space will begin in the spring, and the interior will feature a unique ambience, Nguyen said.

“It will be an interior no one’s ever done before,” Nguyen said. “I want people to get excited because we are very much going to be a dining destination.”

Pizza restaurant Due Forni, 106, E. Sixth St., Austin, closed in July. The company’s other location in Las Vegas remains open. In addition to pizza the restaurant featured a wine bar and Italian cuisine, including pasta, salads and a mozzarella bar. www.dueforni.com