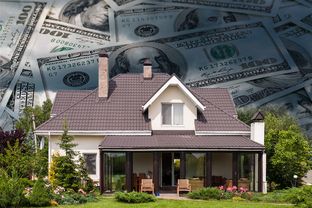 The Texas Senate on Tuesday approved a controversial bill that seeks to curb the growth in property taxes that local government agencies like cities and counties levy on landowners.


Senate Bill 2, which passed in an 18-12 vote, could require taxing entities to hold an election if the amount of operating and maintenance funds they plan to collect from property taxes is, in general, 5 percent more than what they took in the previous year.

State Sen. Paul Bettencourt’s bill has split scores of Texas homeowners and the local officials that they elect. Landowners and some government officials say the bill is needed to slow the increase in property tax bills they must pay every year.

Bettencourt, R-Houston, said from the Senate floor Tuesday that many homeowners are seeing increases of 8 percent to 10 percent in what they pay in property taxes each year. He said commercial property owners are repeatedly seeing 15 percent to 20 percent hikes.

“I for one don’t want to continue to climb the ladder above states like Illinois and New York,” Bettencourt said.

“It’s a fine balance between respecting our local elected officials and having an understanding that we still have a lot of work to do,” she said.

Critics of the bill say it glosses over the fact that an election could be triggered when the actual tax rate remains flat because rising property values play a major role in calculating the election trigger. Many local officials also say the bill would threaten their ability to hire police officers, build new parks and fill potholes.

Many police and fire chiefs from across the state testified against the bill last week.

The current and proposed thresholds that could allow a rollback election aren't based entirely on the actual tax rate, which is the amount per $100 of property value that a government entity levies against landowners. Instead, the formulas focus on how much total tax revenue a local entity receives from properties from one year to the next. So a city or county could hit the threshold for an election without changing its tax rate if there was a significant increase in local property values.

Currently, an 8 percent property tax increase or higher allows voters in a city or county to gather signatures to call for an election on the new rate. Bettencourt’s bill would lower that threshold to 5 percent and would require an automatic election.

State Rep. Dennis Bonnen, R-Angleton, has filed companion legislation, Texas House Bill 15, in the lower chamber. No hearing on that bill has been set. That bill has a lower rollback election threshold of 4 percent. That was the same threshold in Bettencourt’s original version of SB 2, but he increased it to 5 percent amid pushback during a Senate committee hearing last week.

Bill proponents say that the automatic election would allow for more local control because it puts more power in the hands of voters. Critics say voters can already oust elected officials for passing local budgets and tax rates they don’t like.

“Do you hold a referendum every time you make a big decision in your role as senator?” State Sen. Eddie Lucio Jr., D-Brownsville, asked Bettencourt on Tuesday.

Lucio said that even though lawmakers can't set property tax rates, they can "indirectly" influence them through unfunded mandates, which are constraints or requirements that they pass down to lower levels of government that don't come with additional funding from the state.

Bettencourt said he's often requested to see a budget that breaks down how much local governments spend on unfunded mandates from the state, but no one has ever produced one.

"I'm a big believer in what gets measured gets fixed," Bettencourt said.

Lucio suggested an amendment that would have raised the election threshold to 8 percent during any biennium in which state lawmakers pass any unfunded mandates.

"This amendment will encourage us to take responsibility for our government spending," Lucio said.

He withdrew the amendment after Bettencourt said he would not entertain it.

Hewlett Packard Enterprise announced Dec. 1 plans to relocate its headquarters from San Jose, California to a brand new campus in the Greater Houston area, which is under construction in CityPlace at Springwoods Village.

The new patient tower at Houston Methodist The Woodlands Hospital will include for 100 more beds.

The Tomball Parkway Plaza has seen a new meat market open and a business relocate in recent months, among other business news for Tomball and Magnolia.

Heights-River Oaks-Montrose real estate: See some of the homes sold in November

Among the properties that sold are a 100-year-old First Ward bungalow with recent renovations, a 1925 restoration and a 2011 custom home in the Heights.

Having invested over $60 million in capital improvement projects in fiscal year 2019-20, League City employees now have a greater incentive to invest even more in FY 2020-21.

ROUNDUP: 6 businesses that opened in Pearland, Friendswood this fall

Here are six businesses that opened in Pearland and Friendswood in September through November.

So far, data on retail leasing shows occupancy and rents holding steady, but 2020 is not over yet.