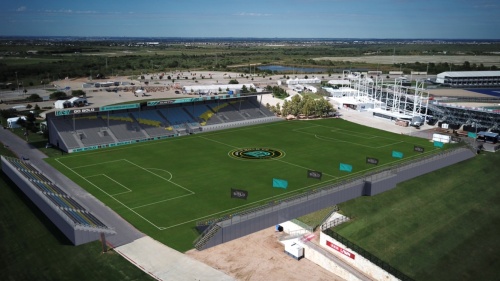 Austin Bold FC will play its home opener March 30 at a new 5,000-seat stadium located at Circuit of the Americas.

Austin Bold FC, a professional soccer team in the United Soccer League, will kick off its home schedule for its first-ever season March 30 against San Antonio FC.

On Jan. 16, the club announced in a press release that tickets for Austin FC’s upcoming 2019 season are on sale. The home regular season schedule includes 17 dates at the club’s new 5,000-seat stadium at the Circuit of the Americas during a season that stretches from March to September. Individual game tickets start at $15, according to the release, and partial season packages for multiple games are also available.

The Bold will open their season with two consecutive games on the road, visiting Las Vegas and Reno on March 9 and 16 before opening their home stadium to fans March 30. The club broke ground on the new soccer-specific stadium at COTA in October, per the release.

Professional soccer in the United States is governed by the U.S. Soccer Federation, which sanctions Major League Soccer as the top division in the country and the USL Championship in Division II.

More information on Austin Bold FC tickets is available at the club's website.