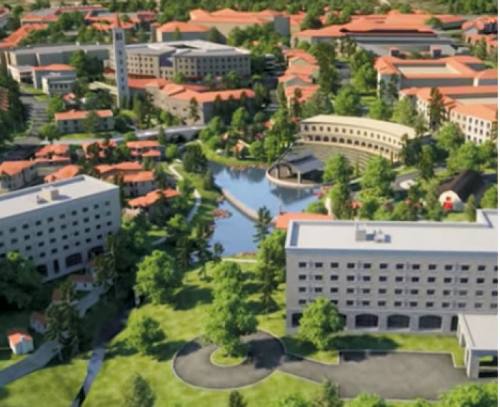 The new Wolf Lakes Village development was set to break ground in 2019, but that will likely not be the case, said Michaela Dollar, economic development director for the city of Georgetown.

Wolf Lakes Village, a 164-acre property that could eventually add nearly 5 million square feet of new development northwest of the I-35 and Hwy. 29 intersection, was poised to break ground this year following regulatory approvals in late 2018, but it is still in the planning phase, Dollar said in an email Oct. 21.

“The city of Georgetown continues to work with the developers of Wolf Lakes Village as they work on the phasing plan for this master-planned project at the center of our community,” Dollar said.

Wolf Lakes plans to have a mix of commercial and residential projects, combining homes, shops, restaurants and offices in a single community linked by stone streets, three lakes, a central plaza and arched bridges.

Wolf Lakes LP, which serves as the master developer for the project, anticipates Wolf Lakes Village will develop as a regional employment center, home to 4,500 workers and containing more than 725,000 square feet of corporate offices. The development could also include up to 2,400 residential units, according to planning documents.

“It is an extraordinary piece of land. … We want to do something exceptional for Georgetown,” said Iva Wolf McLachlan, president of Wolf Lakes LP, in January.