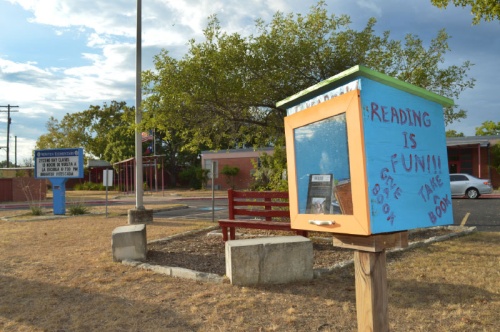 Wooten Elementary School is one of several Austin ISD schools that could see programming changes until the districtu2019s proposed plans.

As Austin ISD prepares to change where thousands of students will attend school and what programs are available, district leaders said they are dedicated to succeeding in balancing equity and helping low-income families.

None of those closures, according to AISD documents, would impact Northwest Austin students.

“Look at all of these programs that are going to be expanding; opportunities for all of our students will be expanded and lifted up. The scenarios will be pretty digestible,” AISD Senior Communications Specialist Cristina Nguyen said.

The scenarios are not final drafts, and district trustees can choose to approve them all as a package or can pick and choose which to implement, Community Engagement Coordinator Ali Ghilarducci said. Scenarios could also change based on additional feedback before trustees vote on the final plan Nov. 18.

Nicole Conley, AISD chief of business operations and chief financial officer, said school consolidations will save the district $240 million in maintenance costs if all scenarios are approved.

In all, a total of six campuses in the Northwest Austin area, as defined by Community Impact Newspaper, are affected by AISD’s school changes.

The program requires students to learn a second language throughout the course of the program, according to the International Baccalaureate. High school students in the program are often required to take Advanced Placement classes, and those who graduate from the International Baccalaureate program are granted a minimum of 24 hours of college credit at any Texas public university, according to AISD’s website.

Burnet Middle School would become the Burnet Global Languages School, according to AISD documents. The middle school would build curriculum based around dual-language programs, including options for Arabic, Mandarin, Spanish and Vietnamese courses.

In a move to buoy studies dedicated to the arts, AISD’s plans would transition Wooten Elementary School into the Wooten Fine Arts Academy. The campus would feature “specialized programming and studio lesson opportunities” to support fine arts curriculum, according to district documents.

In North Austin, AISD plans to shutter Webb Middle School and relocate students to the nearby Dobie Middle School campus, which will be modernized in phases. According to district data, 683 students attended Webb as of October 2018. Neither of those schools’ enrollment boundaries lie in any of the areas serviced by Community Impact Newspaper’s Northwest Austin edition.

According to the group, of the 12 schools that could close, 11 have a student body that is majority minority,  nine are over 50% economically disadvantaged and seven are east of I-35. Some members of the community fear that by closing neighborhood schools east of I-35, AISD is further taking away resources from communities that historically have underperformed and been underserved.

AISD Equity Officer Stephanie Hawley, who was hired by the district earlier this summer, said the school changes plan could help “interrupt the system” that perpetuates “a deep systemic racism” in the city of Austin and the school district.

“We do know that some people are very upset about closures and consolidations, but we also know we can do better by putting our kids in modern facilities,” she said.

For closing school sites, scenarios explore creating new affordable housing for local families and workforce housing for district teachers. Ghilarducci said using sites for affordable housing was something the district frequently heard throughout public engagement this summer. Housing investments on the east side of I-35 could help staff afford to live where they work and could allow more families to stay within the district, she said.

The district will continue to edit scenarios through the fall as AISD staff conduct additional community engagement sessions. Final recommendations should be presented in November.

Conversations with communities will continue through November, with the next round of community engagement meetings scheduled from Sept. 23-Oct. 12. Regular public comment sessions will also take place at upcoming board meetings on Oct. 28 and Nov. 18.

“This reinvention process is robust; it’s bold; and we are about to do something we think nobody else is doing across the country,” Hawley said. “The next phase of this work is all about making sure our community is walking alongside us with this work.”