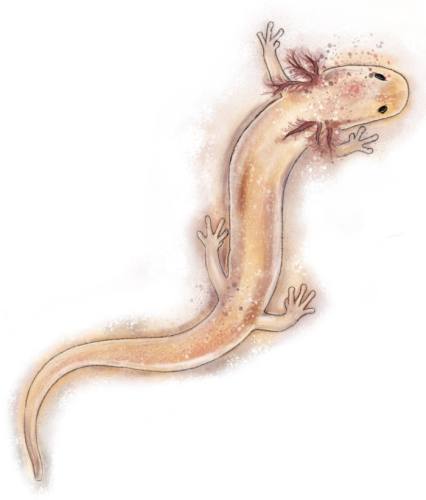 As the Georgetown salamander remains a threatened species, local government is intervening in a national lawsuit that looks to bring attention to recent area research.

In July, Williamson County commissioners voted to seek intervenor status on a June 3 lawsuit filed by the Center for Biological Diversity against David Bernhardt, the secretary of the interior who oversees U.S. Fish and Wildlife Services. The center, a nonprofit that protects endangered species, is challenging the FWS’ Endangered Species Act for not meeting its requirements on securing a critical habitat for the Georgetown and Salado salamanders, according to the lawsuit. Georgetown City Council also voted to seek intervener status during a July 23 meeting.

“These salamanders waited a really long time for these protections,” said Elise Bennett, a reptile and amphibian staff attorney for the CBD. “Every little bit of time that goes by without them is losing more and more chances to recover.”

The Georgetown and Salado salamanders were first named as candidates for protection in 1994 by the FWS and were officially listed as threatened in 2014.

With the designation, a critical habitat status is declared unless FWS finds it to be unknown or adversely harmful, Bennett said.

The Endangered Species Act requires a critical habitat status, essential for the conservation of a species, but none was given beyond a proposal in 2012. This led the center to take legal action in order to create an enforceable deadline, Bennett said. The 2012 proposal estimated 1,030 acres of conserved land would be needed for the Georgetown salamander and 372 acres for the Salado salamander.

WCCF Environmental Programs Director Gary Boyd said the county is seeking to intervene on the lawsuit for a “seat at the table” of the national discussion.

“We don’t want a decision to be made just between the [CBD] and the [FWS],” Boyd said. “We think we have an interest as a county and representing the citizens of the county.”

The WCCF coordinated studies to look into the salamander’s habitat, including water chemical composition, dissolved oxygen levels, contaminants and mud samples. Boyd estimates the salamander population to be only a few hundred.

Research on the Georgetown salamander is limited due to the rarity of the species and the amount of its lifetime it spends under water. Boyd said he has yet to come across an egg in nature, and the species’ diet and life cycle are unknown.

Precinct 3 Commissioner Valerie Covey said the county’s intervenor status will allow for information to be shared before a decision is made.

“What we don’t want is [FWS] to make a rushed decision to make the lawsuit go away,” Covey said. “If we can’t intervene, we will encourage the service to accept our data.”