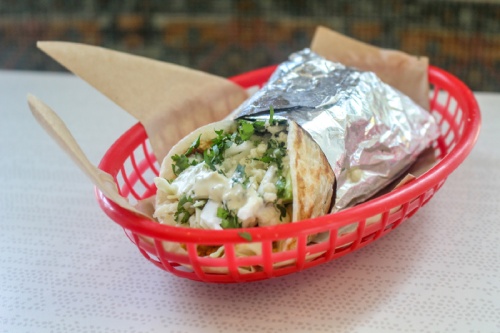 Chase Katz and his brother, Seth, opened North Street in May, creating a getaway from downtown San Marcos where people can enjoy a cold beer and eat Indian cuisine-inspired bar food.

The brothers are also the brains behind the nearby Zelick’s Ice House and Dos Gatos Kolache Bakery, which has two San Marcos locations. Through a partnership with their associate, Benjie Ackerman, they also manage Pie Society.

With any new restaurant, Chase said a core mission of the brothers is to fill a gap in the types of restaurants that the city has to offer.

“We’re trying to provide San Marcos something that the community doesn’t have,” Chase  said.

Though he loves curry for its complexity, Chase said he and his brother decided to keep their cuisine simple.

Rather than overloading its menu, North Street focuses on excelling at the items it has available. It offers traditional Indian, such as its butter chicken, as well as some Indian fusion—the chicken tikka masala taco is quickly becoming a favorite, Chase said.

“Keeping it small and in-house is what we’re going to do. You’re not going to come in here and see a 20-entree menu, ever,” Chase said.

But North Street is not just a restaurant; it is also a bar with 28 beers and a selection of 10 different wines.

Chase said he envisioned the restaurant would be a hangout with different types of atmospheres. During dinner hours, the restaurant is lively with sounds of glasses clanging and students chattering. On Fridays and Saturdays, when North Street is open for lunch, the restaurant is quieter—a place where people can peacefully enjoy a quick bite and sip on a cup of espresso.