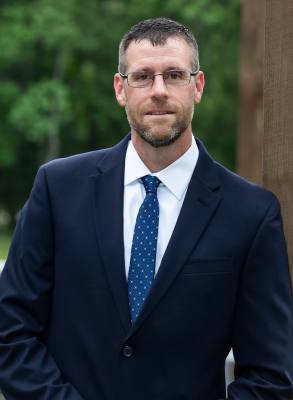 Terry Perkins will take on the role of deputy superintendent at Humble ISD on July 1.

In light of Humble ISD Deputy Superintendent Roger Brown announcing his retirement in May, the district recently hired Crosby High School Principal Terry Perkins to serve in the position, according to a May 24 news release from HISD.

Jamie Mount, director of public communications at HISD, said via email that Brown's retirement date has not yet been finalized. Brown has worked at HISD since 2014, when he was hired as associate superintendent of support services. He took on the role of deputy superintendent in 2017, Mount said.

Mount said he worked for HISD from 2000-06, but was then deployed oversees during the 2006-07 school year with the Army National Guard. Perkins returned to work for HISD in 2016 and continued working for the district until 2016, when he took the position of principal at Crosby High School.

Perkins' official start date as deputy superintendent at HISD will be July 1; however, it will be in a transitional period until Brown retires, Mount said.

Additionally, Perkins and his family live in Humble, with five of this school-age children attending HISD, according to the release.

“Humble ISD is home and I am so excited about working with everyone who makes up the Humble ISD Family,” Perkins said in the release. “Together, we will continue to focus on providing students and families with the best educational experiences possible.”
SHARE THIS STORY

The venue will be able to be reserved for meetings, conferences, weddings, anniversary celebrations, birthday parties and community events.

The board of directors also discussed $50 million that was earmarked in the state's budget to fund future dredging efforts in Lake Houston.

Newcomers, long-standing trustees take oath of office for Humble ISD board of trustees

"This community is genuinely the very best place for children, and one of the reasons why is because of people like you—all of you—who are willing to do this job for free," Humble ISD Superintendent Elizabeth Fagen said.

Mitchell's last day with Partnership Lake Houston will be June 18, but he will remain at the organization until his replacement is hired this summer.